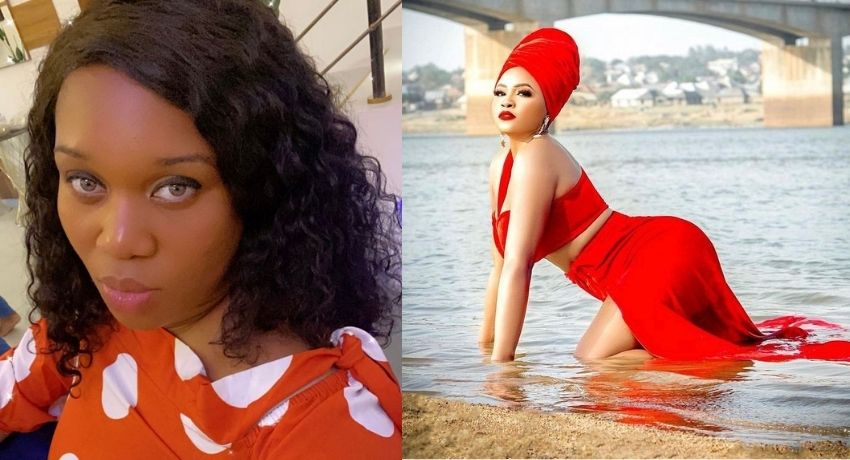 Nigerian actress, Sonia Ogiri has taken to social media to warn Sandra Iheuwa to stay away from her, while accusing her of being behind a fan account used to troll her. The Nollywood actress alleged that when she had beef with Mercy Johnson in the past, a fan account of Sandra’s sent her a hate message. She shared a screenshot of the message she received and also screenshots of messages she sent to Sandra to confirm if she’s behind the account.

Screenshots of their chat shows Sandra denying ownership of the account. She insisted that she doesn’t know the person behind the account sending hate messages to Sonia.

Today, Sonia took to Instagram to say that she has concluded her investigation and it showed Sandra is the one behind the account. Sandra responded to Sonia’s post, telling her to leave her alone. She added that she stands by her words that she isn’t the one operating the account. However, Sonia made it clear she doesn’t believe her and she told her she’s the one who should leave her alone. 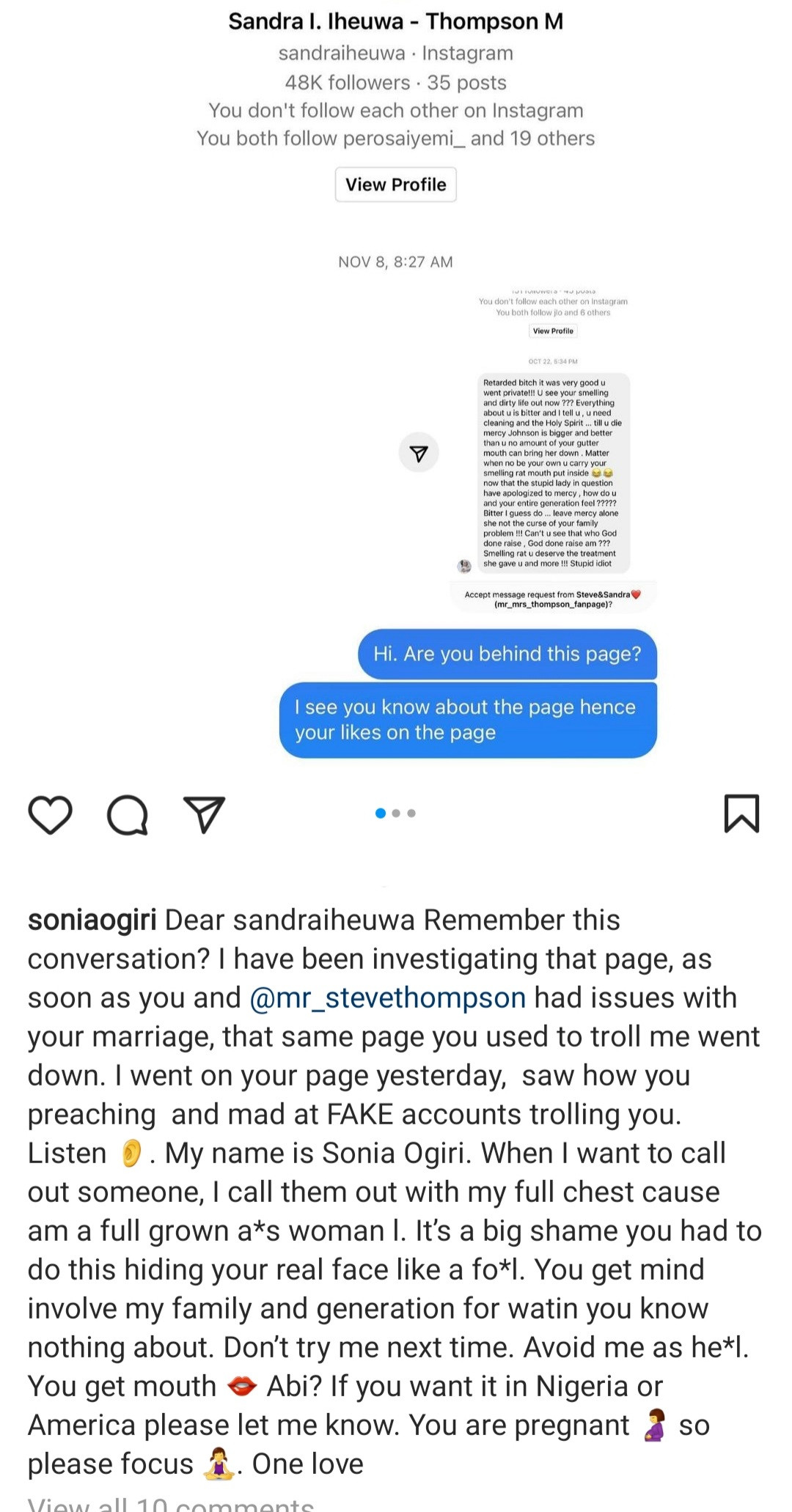 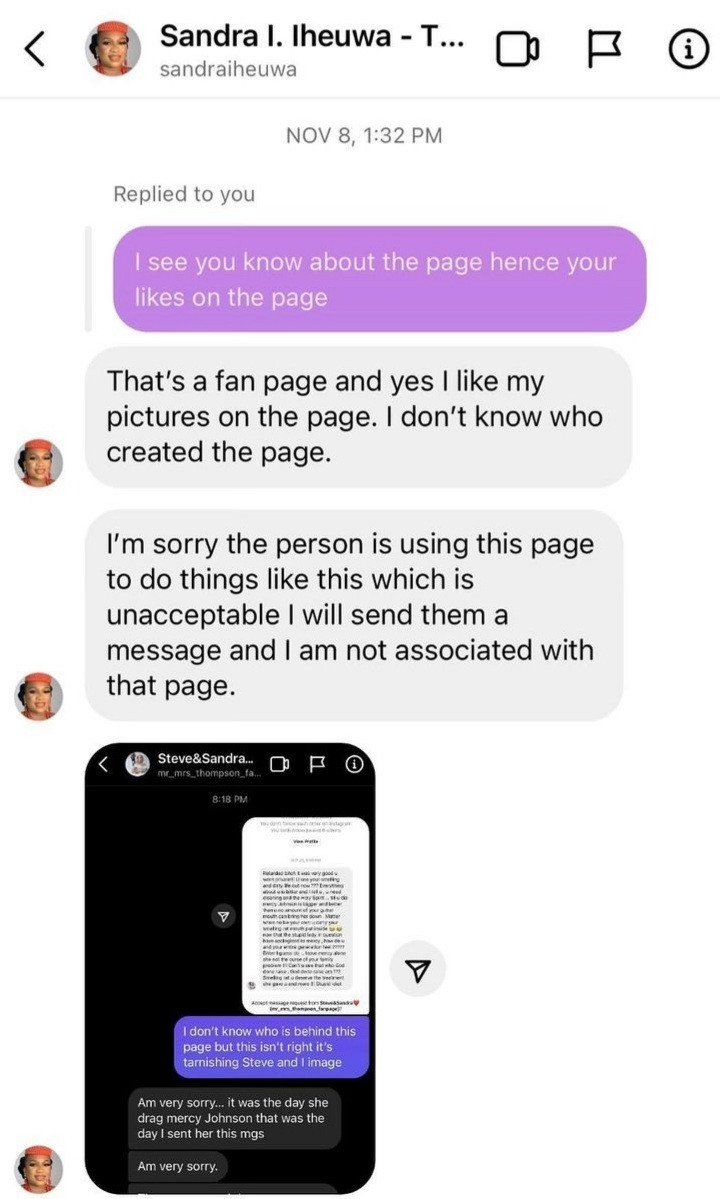 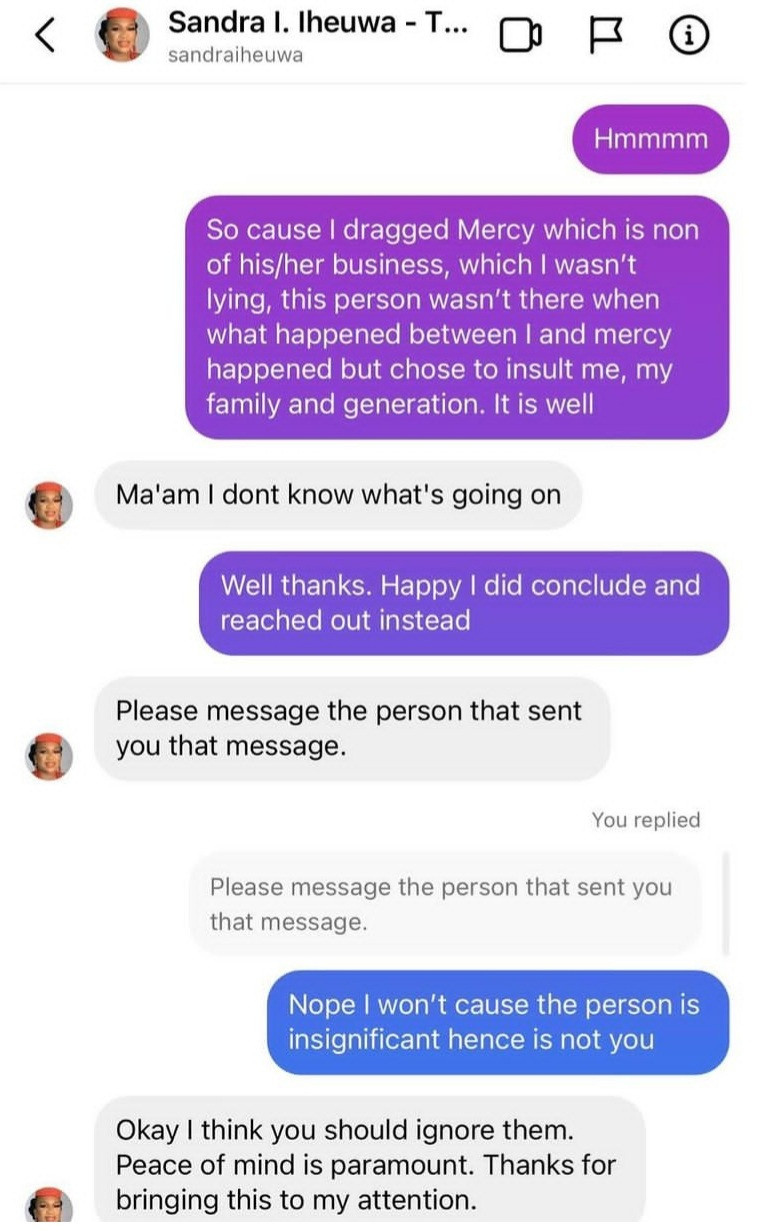 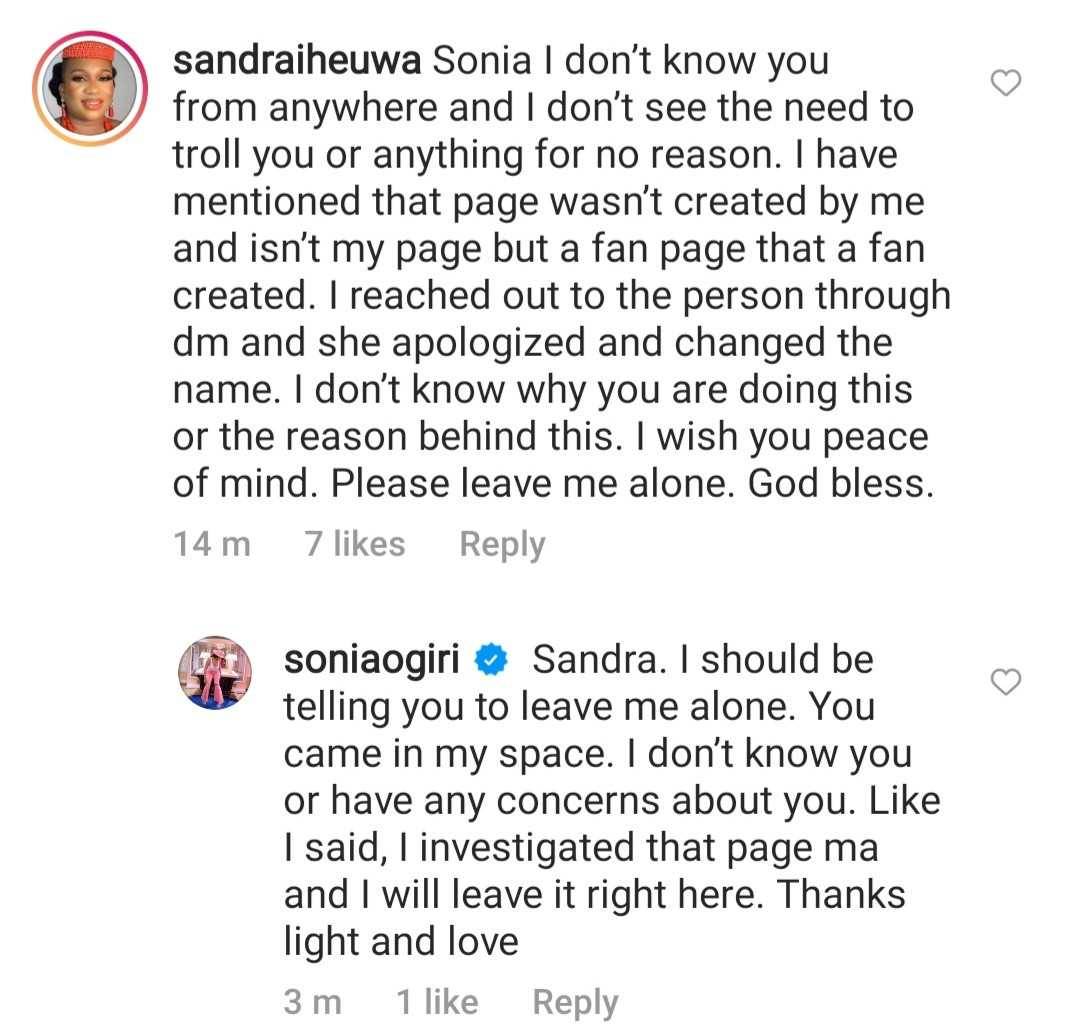