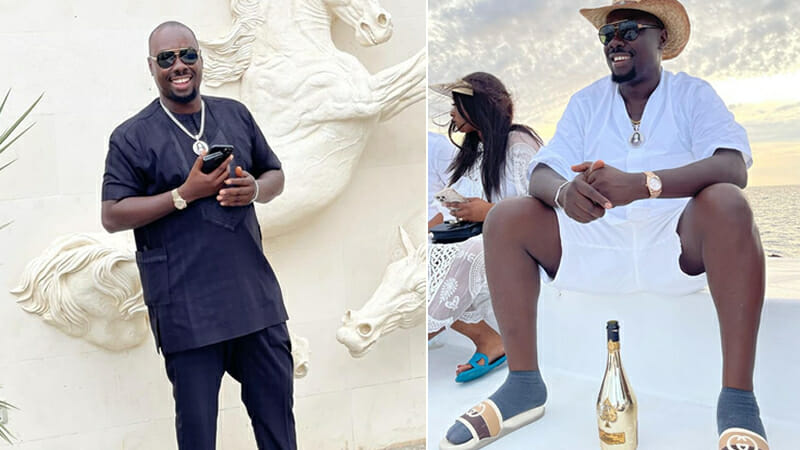 Obi Iyiegbu, a socialite and celebrity club owner better known as Obi Cubana, claims that no one can damage his name or anything he has “worked so hard to build.”

The Anambra-born businessman also bemoaned the fact that many social media users were misusing his name for a variety of “bad” motives.

He claimed this on a Facebook Live on Friday night, just before Mark Zuckerberg’s social media network approved his page.

Cubana said, “This is my only verified Facebook page. A lot of guys are using my name; Obi Cubana, Obi Iyiegbu to do a lot of bad things on Facebook. The name Obi Cubana is not associated with anything bad or evil. Please disregard, block, report.

“For me to come up to do this, you guys should know that it is really getting at me. Thank God that Facebook has verified me right now so we can interact more here.”

“You can’t destroy what we’ve worked so hard to build over the years,” he added.

Cubana, who has been in the nightclub business since 2006, grabbed international headlines last July when he organised a lavish funeral for his mother, Ezinne Iyiegbu, in Oba, Idemili South Local Government Area of Anambra State.

He subsequently became a subject of an investigation by the Nigerian government.

In November 2021, the socialite shut down his Abuja club, Hustle & Bustle, over the death of one of his customers but reopened weeks later even as the police are probing the matter.

Also, last November, he was detained by the Economic and Financial Crimes Commission for three days as part of investigations into alleged money laundering, tax fraud and other financial crimes before he was released with a condition that he would continue to report back for questioning.

In the second week of January 2022, the National Drug Law Enforcement Agency grilled Cubana for his alleged link to the illegal narcotic business before he was granted bail and asked to return at a future date.

He, however, said he was not involved in any drug deal, noting that he had made a covenant never to traffick in hard drugs.

Cubana has over 1.9 million Facebook followers and over 2.5 million Instagram followers whom he serenades with ravishing photos of himself, his wife, children and friends taken in the cabins of private jets, amongst other exotic places.