JayBoi, the latest addition to YBNL Nation, has dropped the official music video for ‘Yeobayae’, his debut single under the record label.

‘Yeobayae’ features his record label boss, Olamide, while the music video was directed by Abula, a popular cinematographer who is behind social media comedian Toaooma’s comedy skits.

JayBoi has already gathered a reasonable amount of followership on social media after the release of the audio, which served as his entry track as a professional musician in the Nigerian Music Industry.

The fresh talent gained musical inspiration from Olamide. Now that he is Olamide’s protégé, his fans are hoping he could take Olamide’s legacy into the new generation.

The video for ‘Yeobayae’ follows the typical Nigerian street-hop style that is armed with a lot of energetic dance steps, party scenes and barely clothed ladies.

Wizkid Lands Another Gold Certification In The US…

VIDEO: Kizz Daniel tells side of story, apologizes for…

Tanzania: The last 24hrs has been difficult for me –…

Wizkid Lands Another Gold Certification In The US With…

‘I Felt Free, Nobody Gave A Fcuk About Me,’ Fireboy Narrates… 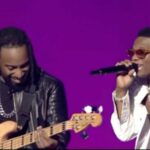 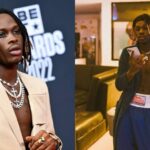