15 Nollywood actors who have delved into politics 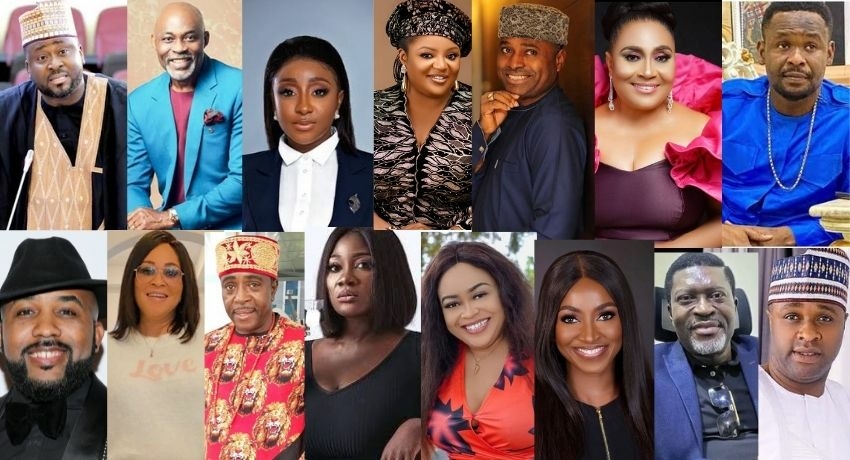 Over the years, many Nollywood actors and actresses in the country have been invited by their state governments to receive political nominations while some have knowingly delved into politics with the hope to serve the people.

WithinNigeria brings you 15 Nollywood actors who have either run for offices or have been appointed.

In February 2016, popular Yoruba Nollywood actor Femi Adebayo was made the Special Adviser to the Governor of Kwara State, Abdulfatah Ahmed on Arts, Culture and Tourism. Although the actor was appointed in 2016, he is currently contesting for the post of a senator in the upcoming elections. The actor who hails from Kwara made his interest known in representing Asa/Ilorin West at the Nigerian National Assembly delegation from his state.

Ini Edo is a professional actress, movie producer, and director. She is one of the actresses that has held a political position.

In 2016, the beautiful actress was appointed as the Special Assistant to the Akwa Ibom State Governor on culture and tourism

Ini Edo’s appointment was renewed in 2020 when Udom Gabriel Emmanuel, current governor of Akwa Ibom State, was re-elected into office.

Nigerian singer, rapper, actor, entrepreneur and politician Olubankole Wellington aka Banky W On November 11, 2018, Banky W declared his intention to run for the Lagos’ Eti-Osa Federal Constituency seat in Nigeria’s House of Representatives, on the platform of Modern Democratic Party (MDP), formed in 2017. On February 23, 2019, Bankole Wellington lost the Eti-Osa Federal Constituency elections to Babajide Obanikoro of the All Progressive Congress (APC).

Zubby Michael is a talented Nigerian actor and media personality who has impressed lots of entertainment lovers with his unique talents and creativity.

In 2019, Zubby was appointed by the current Anambra State Governor, Willie Obiano as the Special Adviser on Media to the Governor.

Desmond Oluwashola Elliot is a famous Nigerian movie star, who has featured in many Nollywood blockbuster movies, television shows and soap operas. He was elected as a lawmaker of the Lagos State House of Assembly, Surulere Constituency, in 2015.

On 19 July 2014, Nollywood actress Kate Henshaw officially unveiled her campaign website as she was aspiring to represent Calabar Municipal/Odukpani Federal constituency under the platform of the Peoples Democratic Party. Kate Henshaw lost the primary election to Rt. Hon Essien Ayi but was appointed as Special Advicer Liaison, Lagos by the Cross River State Governor Ben Ayade in December 2015. Recently, she recounted how she spent N35 million to chase her ambition to become a member of the House of Representatives and her regrets.

Bob-Manuel Udokwu is a veteran Nollywood actor who contested for the position of house of assembly for the Idemili North Local Government Area for Anambra state in 2015.

He was appointed into the cabinet of Anambra State governor, Chief Willie Obiano, as the Senior Special Assistant on Movie/Entertainment.

Nollywood veteran actor, Richard Mofe-Damijo was appointed as the Special Adviser of Culture and Tourism to the then Governor Emmanuel Uduaghan in 2008, later on became the commissioner for Culture and Tourism of Delta State, Nigeria in 2009. His tenure ended in 2015.

Ace Actress, Hilda Dokubo was one of the first Nigerian celebrities to get into the political game. She was appointed Special Adviser on Youth Affairs to the former Rivers state governor, Peter Odili in the early 2000’s.

Kanayo O Kanayo joined the then ruling People’s Democratic Party (PDP) and had his eyes on the seat of House of Representatives, member for Ahiazu/Ezinihite Mbaise Federal Constituency in 2011. However, he lost in the primary election.

At the time, she was the second entertainer to win a primary election after Desmond Elliot who set the pace by winning the APC primary election for the Lagos State House of Assembly. While Desmond won his election, Funke lost to her APC opponent by a large margin

In 2019, Funke Adesiyan was appointed as one of the political aides to the first lady, Aisha Buhari

Nollywood actor, Kenneth Okonkwo who was interested in Nsukka/Igbo Eze south Federal Constituency backed out of the PDP primaries in December 2014. In 2019, he declared his intention to run for Governor of Enugu State at the next election.

Veteran actress, Bukky Wright also joined politics when she contested as a member of the House of Representatives at the the Abeokuta South Federal Constituency, under the Social Democratic Party in 2014.