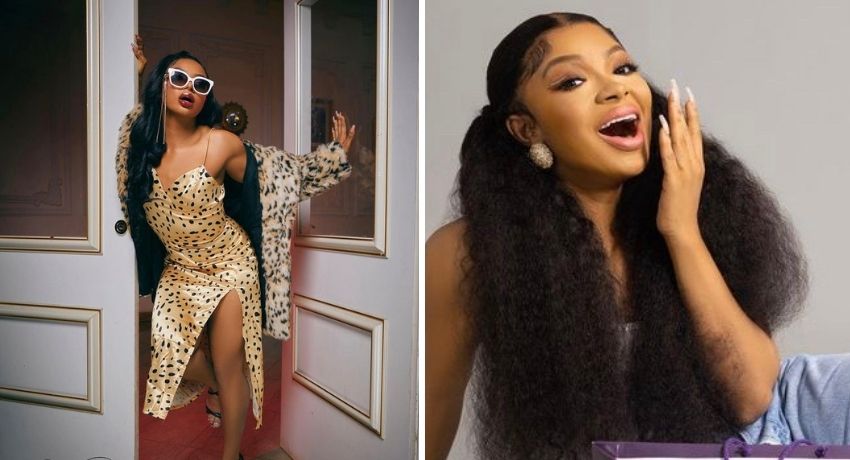 It has been claimed that Liquorose’s landlord threatened to evict her from her flat for failing to renew the rent previously paid by admirers ‘EmmaRose.’

The fans refused the cash after Liquorose stated that her relationship with Emmanuel had terminated in Dubai, according to the Twitter thread.

Many fans were disappointed as they had looked forward to the ‘ship of Emmanuel and Liquorose sailing for a long time or possibly leading to marriage.

While some people expressed concern for Liquorose, others mocked her over the situation.

Meanwhile, when filing this report, Liquorose is yet to issue any statement being under pressure to renew her rent paid by fans.

@LiquoroseSister wrote: My fave can never be homeless.let me pay rent for an hour

@mfon_richard5 wrote: It’s true,they are the one that rented that house for her,and even bought home appliances,I was in their group that Time, but her fans will be calling Emmanuel scammer.
@Sasha50308 wrote: God forbid, my mufasa can’t be homeless oo, lions come thru

@Lioness419 wrote: You see those frames you’ve been gifting her, y’all will find them outside by the end of today if you don’t pay up.

@TheRealElla_x wrote: Lions have been hustling for rent my people come and drink water so we’ll have strength to continue.

Recall, Liquorose made the list as one of the most accomplished former BBN housemates since the show begun a couple of years ago. Read full story here