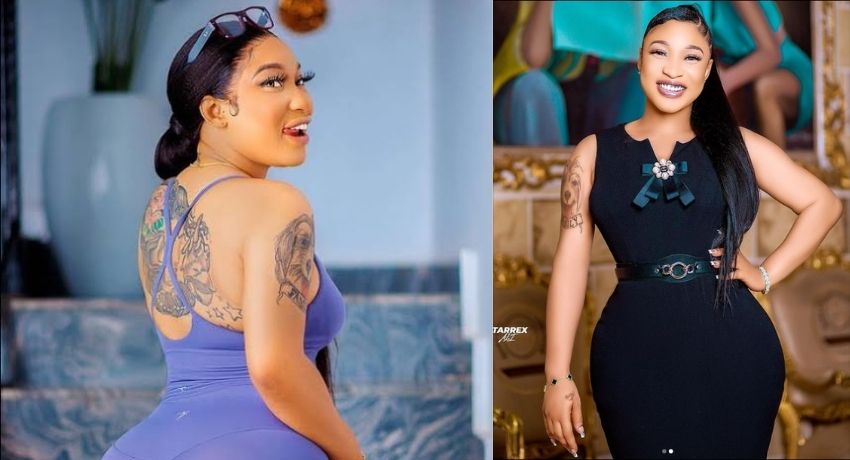 Tonto Dikeh seems to have had enough of men ‘sex shaming’ women just because they have slept with them.

The actress who is currently engaged in a battle of words with her ex-boyfriend, Prince Kpokpogri has reiterated that she is not on the same level with the man despite sleeping with him.

Tonto Dikeh took her stance on her Instagram page in an expletive post where she stated that sex goes both ways and a woman has as much sex with a man as he does with her.

She inferred that she is a queen who slept with a slave as the practice was quite common in the old days and insisted that enough with the sex shaming. See post below: 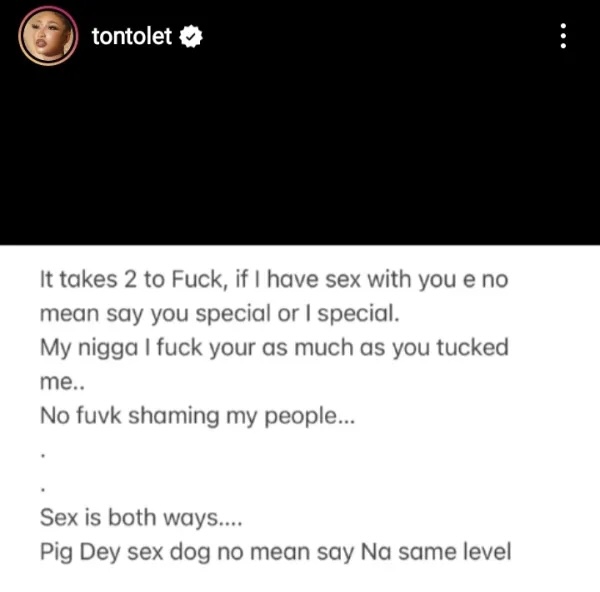 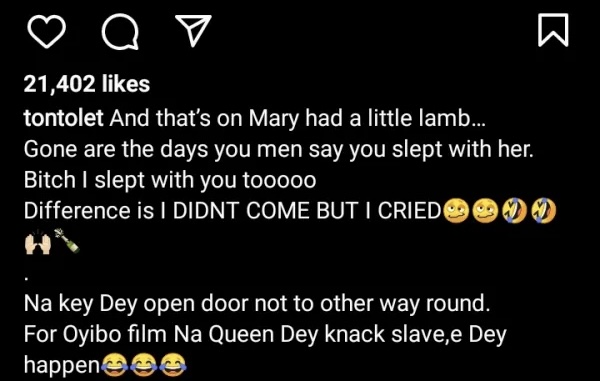