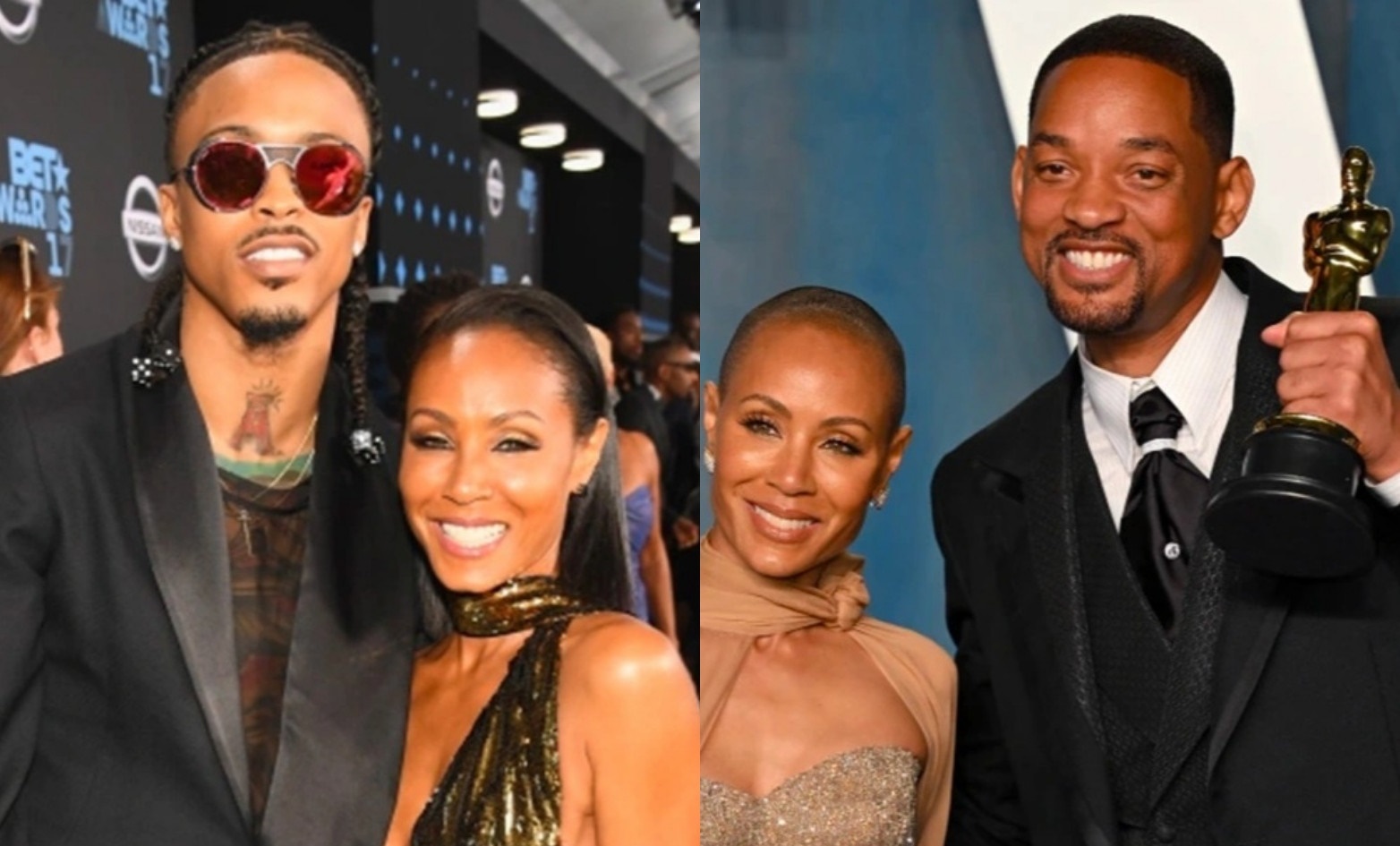 Following his affair with Jada Pinkett Smith, August Alsina, is set to sign a six-figure book deal which will detail their sex life.

Recall that 50 years old, Jada Pinkett-Smith, confessed that she had an “entanglement” with musician August Alsina, 29, while married to Will, 53.

Sources close to August told The Sun that publishers were involved in a bidding war for his story.

“August is getting ready to sign a big money book deal which will detail his romantic liaisons with Jada. The source said

“He has always maintained that Will gave him permission to sleep with Jada, something they have publicly denied.

“August will go into detail about his time with Jada and will also speak about how he spent time living in homes owned by Will when he was away filming.

“As well as speaking about their relationship at that time, August wants to open up about the aftermath of going public and how it affected him personally and his career.

“There are several publishers bidding for the books and August is lining up the best deal.

“He knows there are a lot of people fascinated by his story and is happy to tell it.”

August and Jada’s relationship was first revealed in 2020, when he claimed he has been sleeping with her over a long period of time.

Speaking about their relationship at the time, August said: “I totally gave myself to that relationship for years of my life.

“I truly and really, really deeply loved, and have a ton of love for her. I devoted myself to it, I gave my full self to it. So much so to the point that I can die right now and be ok with knowing that I truly gave myself to somebody.”

August also insisted Will knew of their romance and said: “I actually sat down with Will and had a conversation. He gave me his blessing.”

Will confirmed that he and Jada have an open relationship, admitting that she has ‘never believed in a conventional marriage’ while promoting his own memoir.

The couple made headlines in July 2020 when they addressed Jada’s affair with August on her candid talk show Red Table Talk.

She began explaining the couple met August through their son Jaden, 22, and recalled the singer, who would have been 23 at the time, was ‘really sick’ (as he battled a genetic liver disease.)

Jada said: ‘And it all started with him just needing some help, me wanting to help his health, his mental state.

‘The outpouring for him from our family was initially about his health,’ she said. ‘We found all those different resources to help pull him through and from there you and I were going through a very difficult time.’

After Jada’s confession, Will admitted: ‘I was done with you,’ while Jada added that they decided to separate for a ‘period of time’.

She denied August’s claim that Will had given his blessing over the affair and claimed they were separated at the time.

The affair sent shockwaves through the world with many turning to Will to see how the movie star would react. However Will and Jada are still together.