Femi Kuti: His Grammy nominations over the years and those he lost to 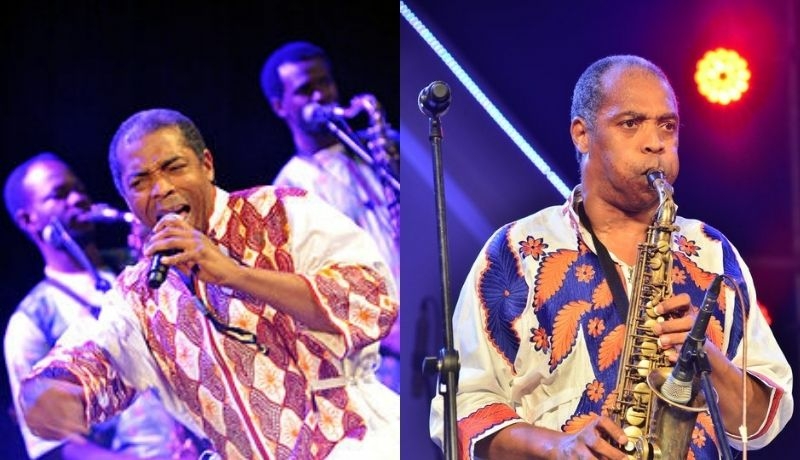 Olufela Olufemi Anikulapo Kuti, popularly known as Femi Kuti is one of the well-known Afrobeat musicians in Nigeria and Africa as a whole. One can say being the son of late Afrobeat legend, Fela Kuti was a big privilege for the 59-year-old Nigerian but his hard work, creativity, and consistency have earned him the name.

He is no newcomer to the music scene, starting his musical career with his father’s band, then later starting his own band (Positive Force) in 1986.

Since then, Femi Kuti has shown his fans and all that he takes his music seriously. With several albums in his name, live albums, tours, collections, appearances, and compilations, Femi Kuti has earned his stripe.

One of the ways one can easily determine the musical success of the man is from the number of awards he has over the years, and most importantly, his Grammy Awards nominations.

So far, Femi Kuti has a total of six Grammy nominations but has not won any. In this article today, we will highlight the times he has been nominated for the prestigious award and those who won it ahead of him.

This album was released on the 16th of October, 2001 with a total of 12 tracks in it. The album has three collaborations in it while the others were solos.

In 2003, Fight To Win received a Grammy nomination in the category of Best World Music Album, alongside Salif Keita (Moffou), Angélique Kidjo (Black Ivory Soul), Anoushka Shankar (Live at Carnegie Hall), and Rubén Blades who won in that category for his work titled Mundo.

This twelve-track album was released on the 27th of October, 2008, and has no collaborations on it.

In 2010, Day By Day received a Grammy nomination in the category of Best Contemporary World Music Album, alongside Amadou & Mariam (Welcome To Mali), Oumou Sangare (Seya), Omar Sosa (Across the Divide: A Tale of Rhythm & Ancestry), and Bela Fleck who won in that category for Throw Down Your Heart: Tales from the Acoustic Planet, Vol. 3 – Africa Sessions.

The winner, Throw Down Your Heart: Tales from the Acoustic Planet, Vol. 3 – Africa Sessions is an eighteen-track album released in 2009.

Released in 2010/2011 under Wrasse/Knitting Factory, the fourteen-track album was a creative body of work. It has no collaborations on it but has a couple of other people who worked on it alongside Femi Kuti.

In 2012, Africa For Africa received a Grammy nomination in the category of Best World Music Album, alongside AfroCubism (AfroCubism), Ladysmith Black Mambazo (Songs from a Zulu Farm), and the Tuareg-Berber band Tinariwen who won in that category for Tassili.

The winner, Tassili is a twelve-track album released in 2011.

This is a studio album by Femi Kuti released on the 25th of June 2013 under Knitting Factory. The eleven-track album has no collaborations.

In 2014, No Place For My Dream received a Grammy nomination in the category of Best World Music Album, alongside Ravi Shankar (The Living Room Sessions Part 2), Gipsy Kings (Savor Flamenco), Ladysmith Black Mambazo (Live: Singing for Peace Around the World)

Gipsy Kings (Savor Flamenco), and Ladysmith Black Mambazo (Live: Singing for Peace Around the World) are both classed as winners in that category.

Legacy+ is a 2021 double album by Femi Kuti and Made Kuti. The album is made up of Femi Kuti’s Stop the Hate and Made Kuti’s For(e)ward, released on the 5th of February 2021.

In a total count, it has been six times the Afrobeat superstar has been nominated for a Grammy. Six times he came close to winning it but did not.

While reacting to a funny tweet regarding his nominations at the Grammys, Femi Kuti noted that he was tired and he needed that joke to cool off.

“The joke made my day. Tonight is my 5th show in a roll and I’m quite tired and the joke killed me. I’m still laughing every time I look at it.”

All in all, we can all agree that he is a winner and will like to see him someday win the award.