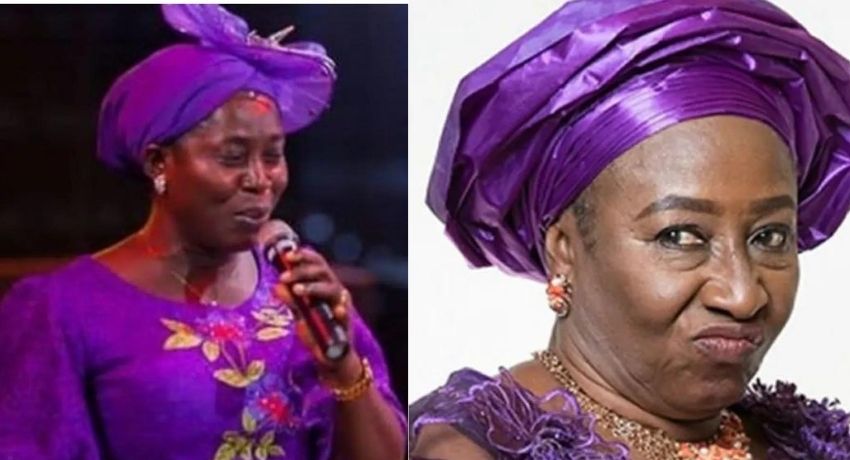 Osinachi: She poured her pain into music – actress Patience Ozokwo opens up on marriage, domestic violence

Veteran Nollywood actress, Patience Ozokwo has reacted to the death of gospel singer Osinachi Nwachukwu saying “pain she suppressed in her heart she poured into the song.”

Patience Ozokwo said this in a recent interview with WAZOBIA FM while speaking about marriage and domestic violence.

“The problem with women is they’ll be so overburdened, yet, be scared to speak up. If you’re a man who can listen to them and you’re informed, people would start asking if she’s now dating the man.

They’ll make speculations that suggest her closeness to the man is the reason she’s being assaulted. When Osinachi’s own happened, some said she was dating Frank Edward. They said these things. I was bothered.

If this woman spoke out, she wouldn’t be dead now. But what was going on in her life made her sink deeper into her relationship with God. There was no how her songs wouldn’t touch you deeply when you listen to them. People didn’t know it’s the pain she suppressed in her heart she poured into the song.”

Osinachi, age 42, was a singer at the Dunamis Church Abuja. She died at the National Hospital in Abuja.