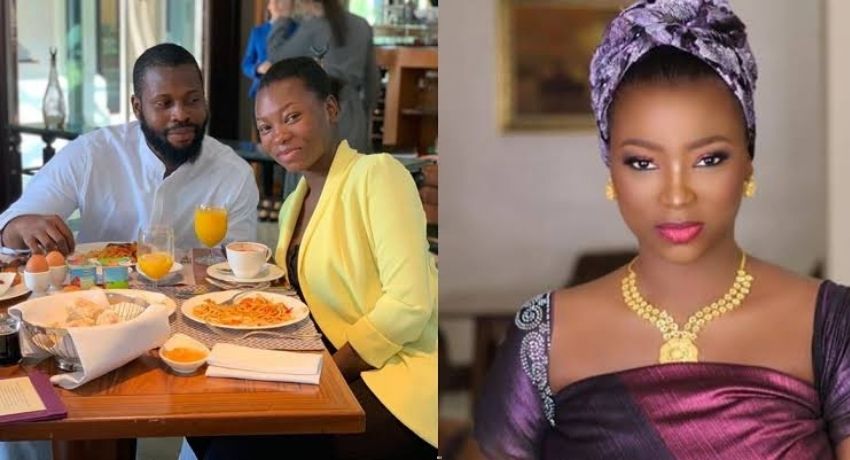 Ross Fahad-Isabor, the ex-husband of self acclaimed sex therapist Hauwa Mohammed popularly known as Jaruma has warned the latter on Instagram.

In a message shared on the social media platform, Ross warned Jaruma to stop using him to sell her kayamata product which he described as ‘fake’.

Kayamata is a love potion that many believe propels a man to abide by the wishes of any woman he derives sexual satisfaction from. He wrote:

“This is what I wanted to tell you on phone because I know you create content from deceit and lies. Stop using me to sell your fake products. Your jazz no dey work. It never worked. Only fools believe in kayamata.”

“I have served you this breakfast since. I told you I’m done. Stop fooling your gullible followers. I’m only in contact with you because of my son.

By now everyone knows you keep posting old videos. you lost me and someone better found me. I found peace but pride and love for attention keep making you do shit.”

Jaruma and Ross have a son together. Ross announced his relationship with his new girlfriend Jazmine London in March 2022.