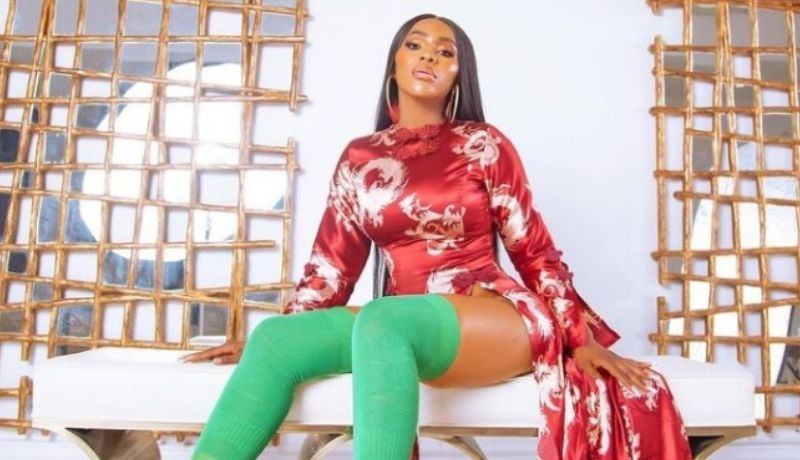 BBnaija star, Mercy Eke has come out to declare herself a billionaire.

The reality TV star who revealed this through a tweet which she made on May 2. The reality star announced that she has joined her secondary school WhatsApp group and a follower said; “They have a famous billionaire in their midst. They will be so proud”, but another follower debunked it, saying, “she’s not a billionaire”. And Mercy Eke quickly replied, “I am”. 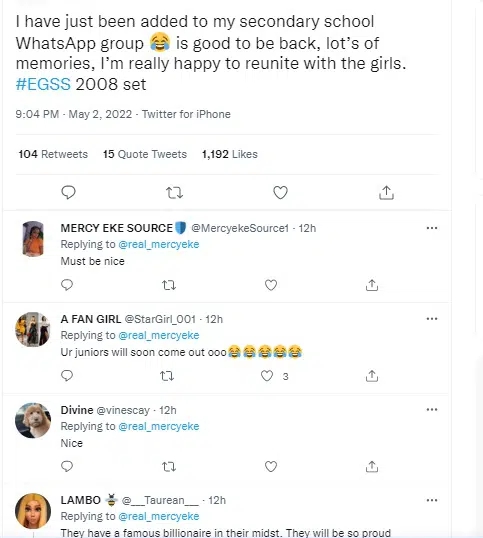 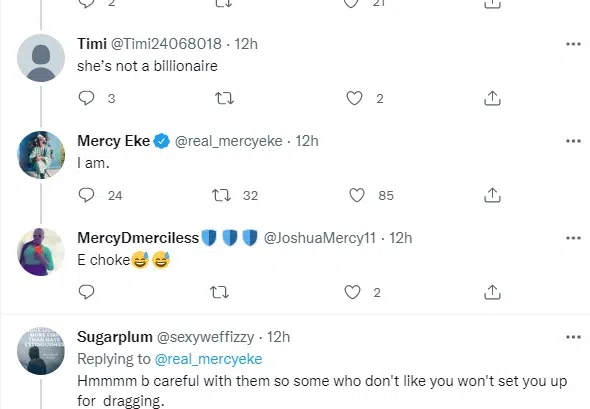 Mercy Eke who is no doubt one of the wealthiest BBNaija Housemates with a rumored estimated net worth of $650000 dollars, made the declaration on Twitter after a follower told another follower that she is not billionaire.

WITHIN NIGERIA recalls that the star went to her home town in IMO state were she laid her father, Mr Eke to rest.

The star was seen crying in a video which went viral as a lot fans consoled her.