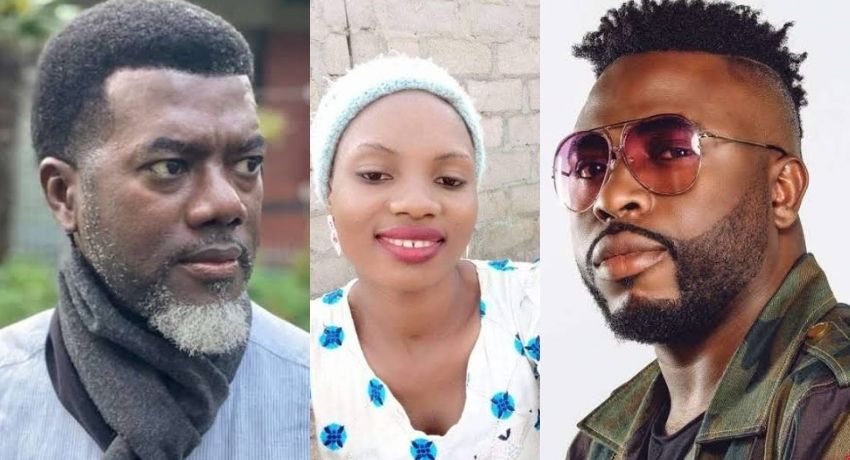 Music producer and singer, Samuel Oguachuba, aka Samklef, has knocked Reno Omokri over a post the latter made regarding the gruesome murder of a female student at the Shehu Shagari College of Education in Sokoto identified as Deborah Samuel.

This follows the killing and setting ablaze of Deborah over alleged blasphemy.

Reno Omokri said he has lived in Sokoto and if one respects their religion, the individual will prosper. 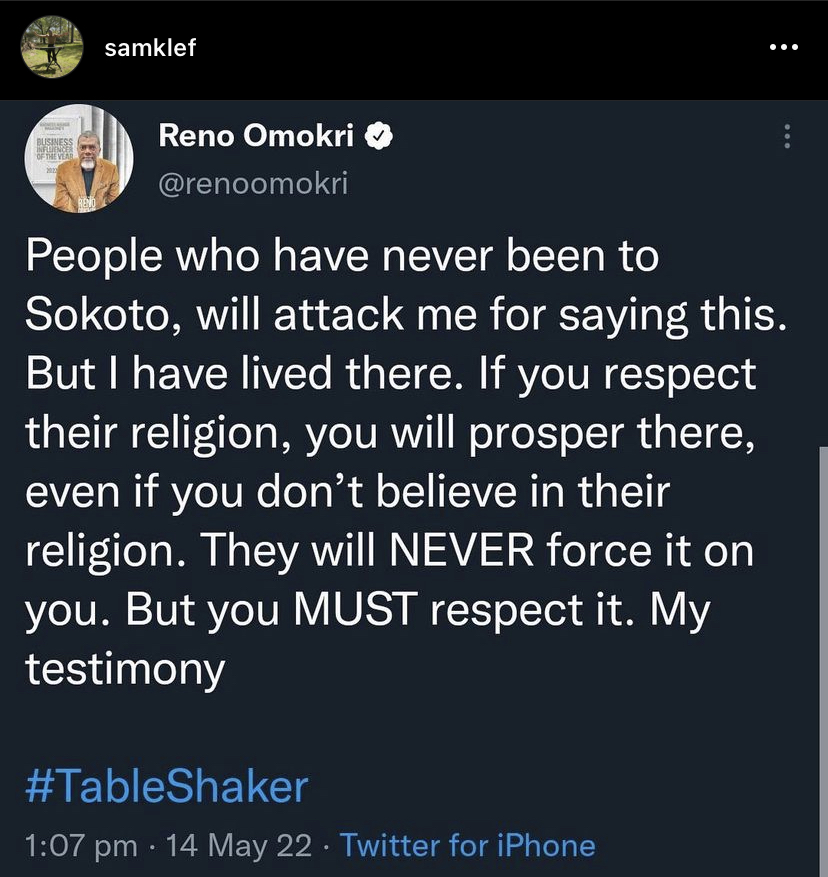 Samklef in a counter post slammed Reno for trying to justify killing. He said:

“I been think say renomokiri get sense sha. So he is justifying the killing or I don’t understand ? Hypocrisy noni.
So people should take justice into their hands?”

Netizens have also taken to the comment section to knock Reno for being insensitive. 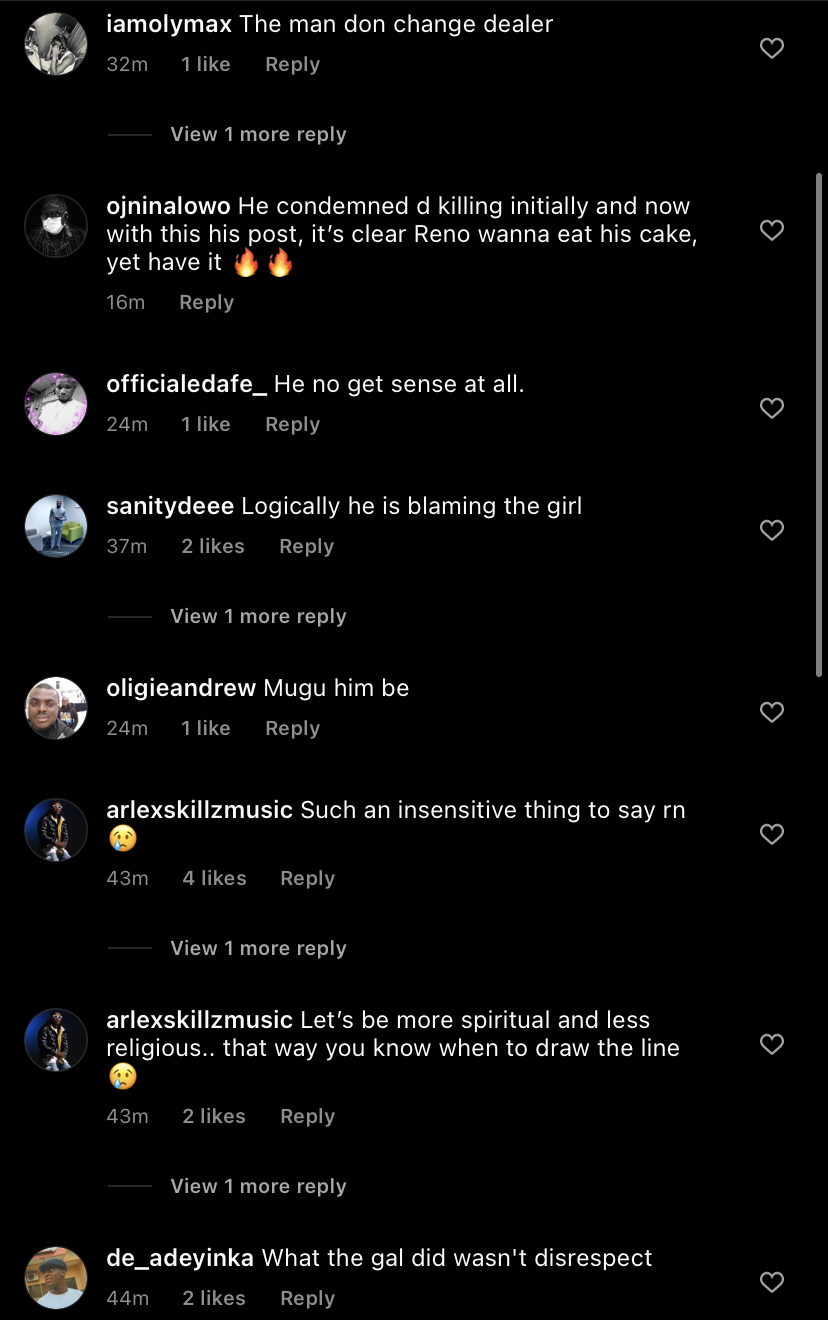 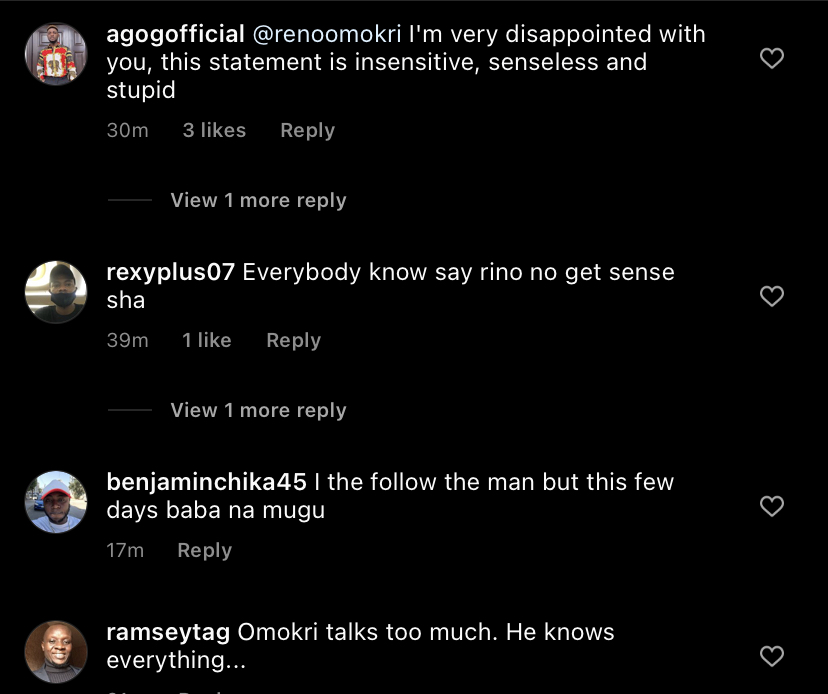