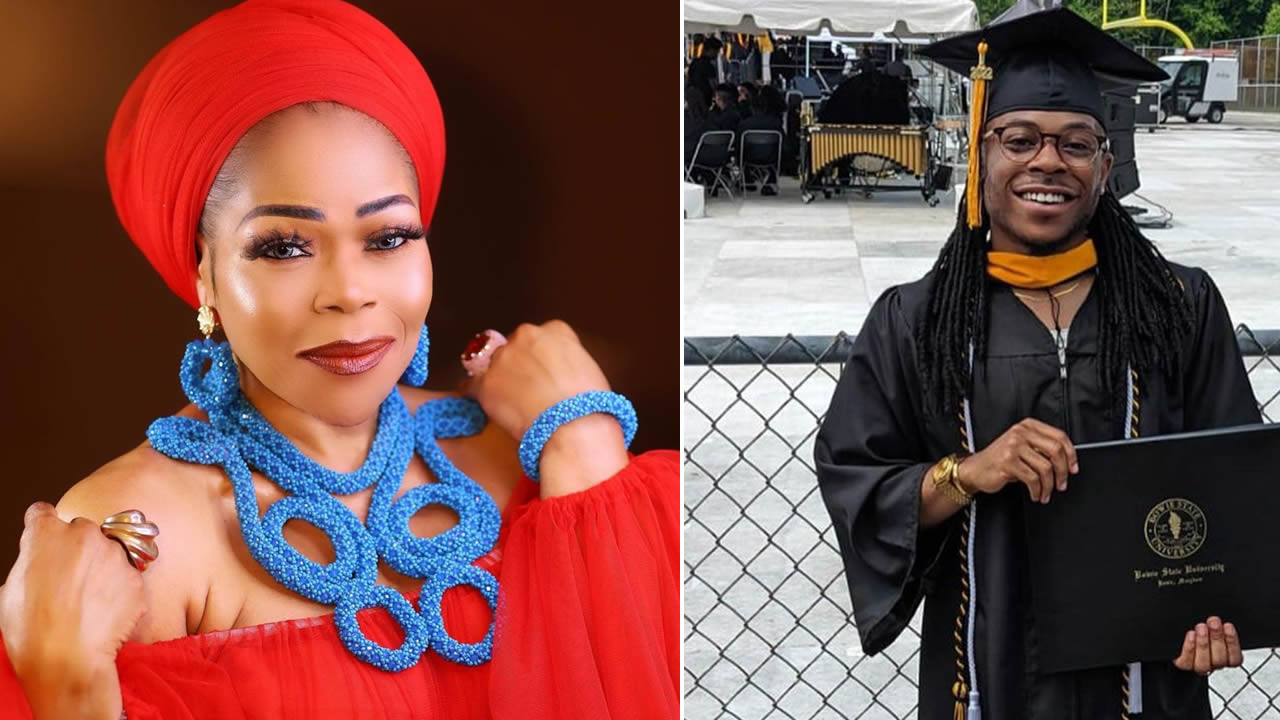 Excited with her son’s success, Shaffy Bello shared photos of Ashton at his graduation ceremony and wrote;

”.My Joy is FULL
Bless the name of Lord. @iconic_ashton You put in the work and God blessed your efforts.

Wa diru wa di igba. Your latter will be greater my love. ” 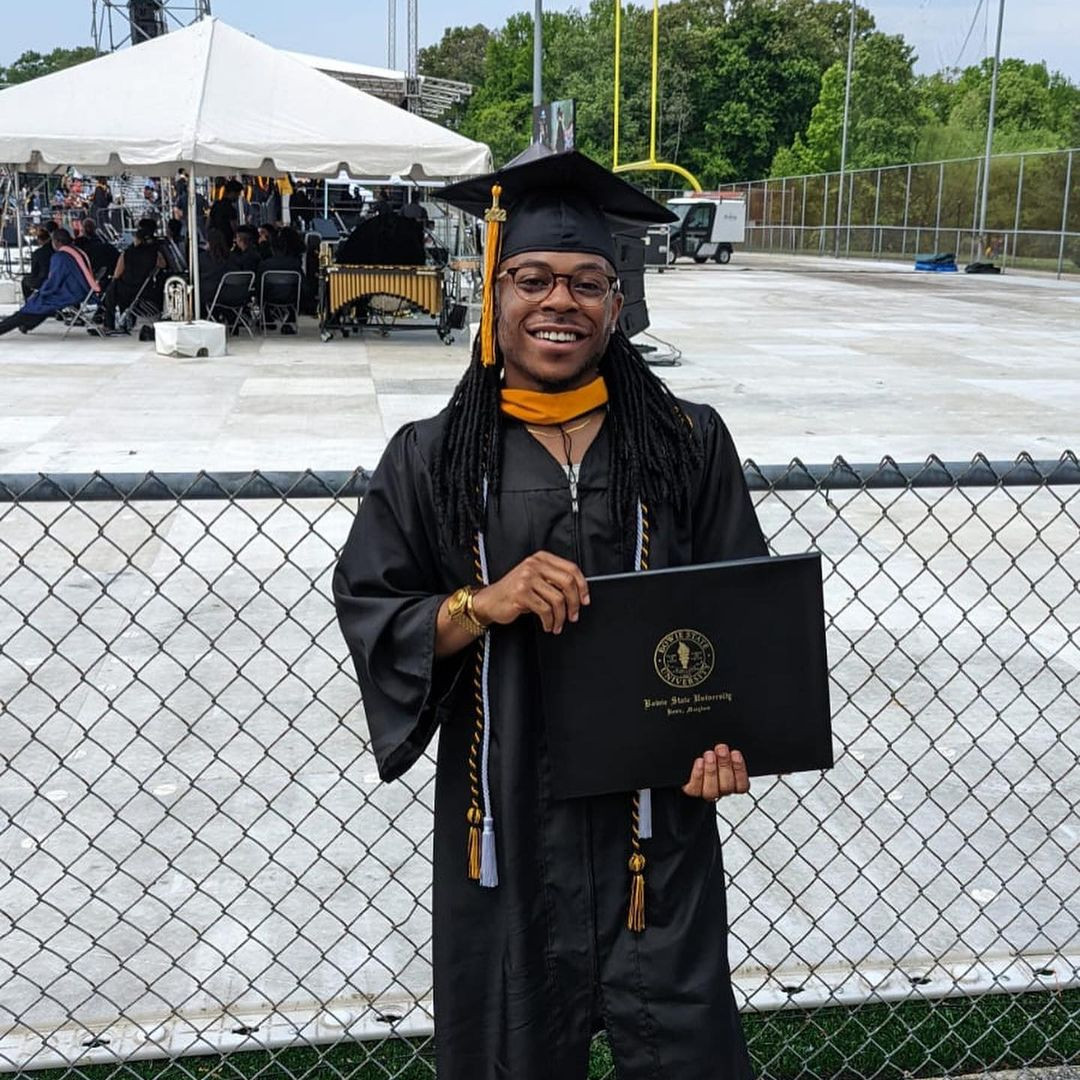 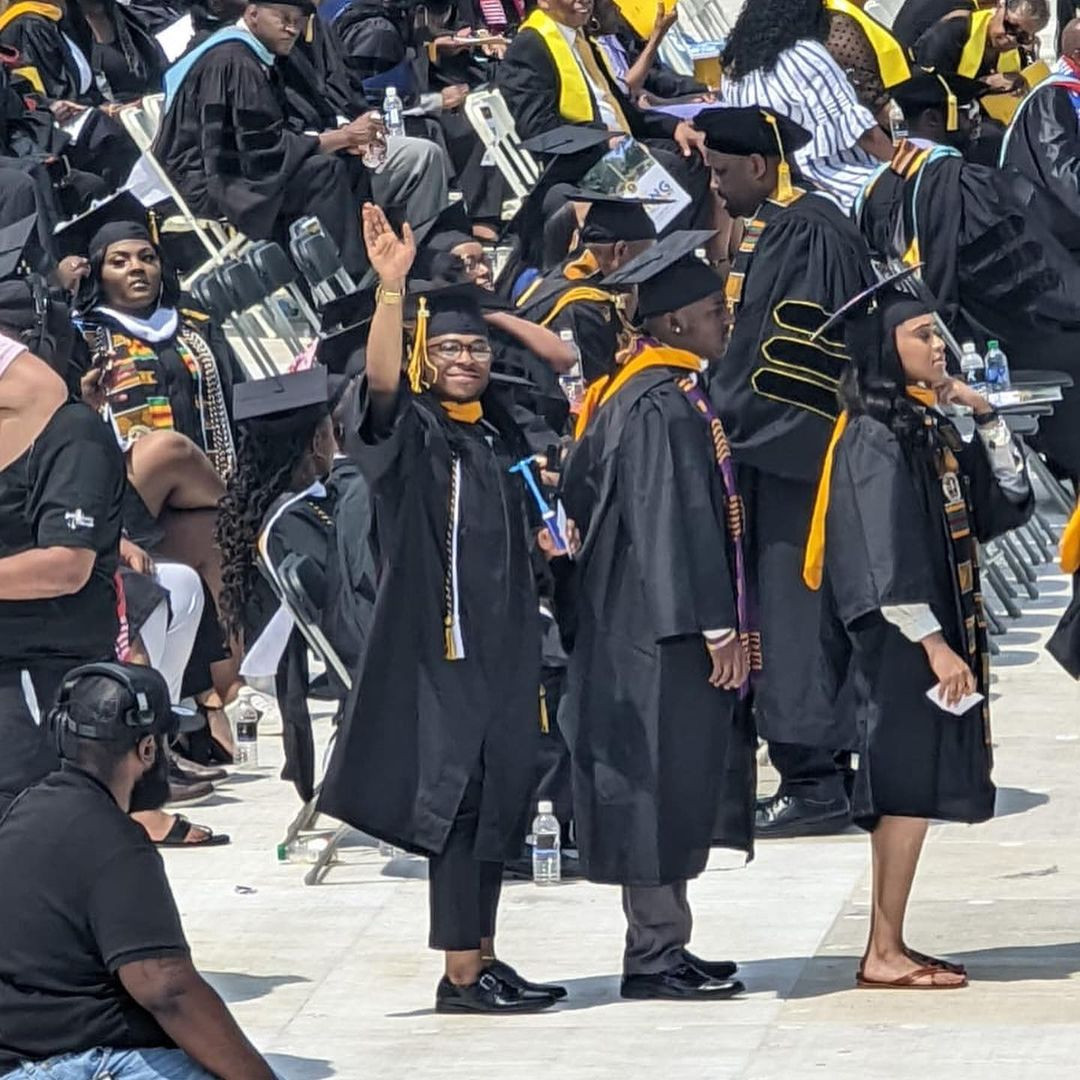 Some months ago, Shaffy Bello revealed how she sacrificed her marriage to her husband and relationship with her kids for her career.

During an interview with Chude Jideonwo, Shaffy who first shot into the entertainment scene when she featured vocals in a 1997 hit song by Seyi Sodimu titled “Love Me Jeje”, disclosed that at some point in her life she had to leave her kids and husband abroad to pursue her career in Nigeria.

She said it was a huge sacrifice that cost her her marriage as the long-distance affected the union and resulted in a divorce.

The actress, however, said she does not have any regrets sacrificing her kids and husband in America for her career in Nigeria.

She said, “I came back to Nigeria to spread my wings, I felt like I was pregnant and could not have a child just like my wings were sort of closed in and I was boxed in.

“I needed more, my soul needed more, I was yearning for more. I did not know the price that will come with it but I had to make the sacrifice. I paid the price of not having a connection with my children then. My daughter was 13, my son was 11 before I left them.

“But before that, at some point, I quit my job to raise my kids, I sacrificed a lot for them to be nurtured just to leave them in their early teenage years with their father.
“I knew I wanted this career, if I go back, it will be too much of a sacrifice, I wouldn’t be myself and at some point, I will resent my husband so I had to focus on what I wanted.”

Shaffy added that she divorced her husband five years ago and stayed back in Nigeria because he allowed her.