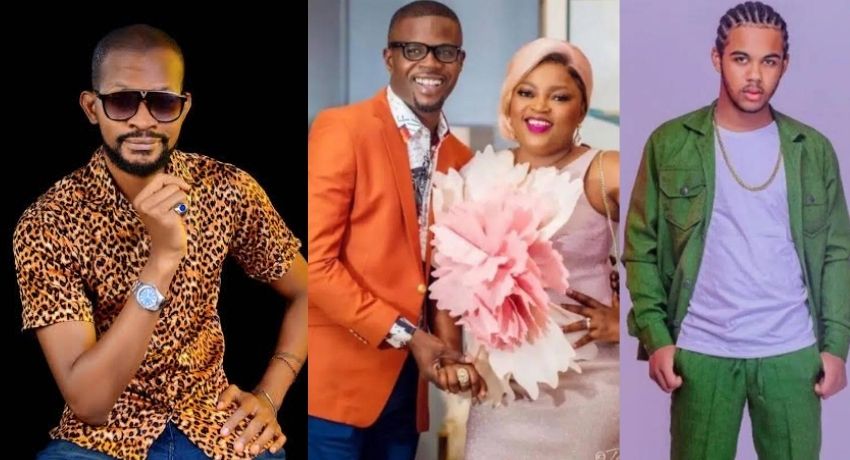 His advice is coming hours after his embattled son, Benito opened a can of worms about the couple.

It seems that all is truly not well with the marriage of Nollywood actress, Funke Akindele and her producer husband, JJC Skillz, as JJC’s love child Benito, revealed this and more during a live session on his Instagram page.

According to Benito who’s the first son of JJC Skillz, his father and Funke Akindele are no longer living together. They have also cheated on each other on several occasions. In his words:

“They are not really together. They both cheat on each other, they both had a fight. My dad is practically living somewhere else. I don’t even have any care for them no more. I can’t talk for them as a couple anymore. I can only say what I have seen. They are in open relationship.”

Chipping into the family crisis, Uche Maduagwu advised JJC Skillz and Funke to show Benito love as he needs attention. Citing himself as an example,

Uche Maduagwu pointed out that Benito was spilling family secrets in a bid to gain attention from his father and his wife. He wrote:

“Dear Aunty Funke and JJC, this the time to show Benito more love and not to ignore him. It is obvious his doing everything to get his dad attention. I have a stepmom too. Back then I often misbehave just to get my fathers attention.”

“Dear Aunty Funke, no marriage is perfect, sometimes couple will even not to talk to each other for weeks and months, live apart and even cry all night, it is called marriage, not Disneyland. If you listen to Benito talk on phone you will realise his only trying to get his dad’s attention, I have been there, I have a step mum and stepbrothers, back then I felt invisible and thought my dad only gives all his attention to my step mum and stepbrothers, so to get his attention I go out to get into trouble and misbehave, and it felt good because it works. I am sure everyone who has a step mum can relate to this, so my sister, reach out to him, and tell JJC to keep showing him love even on social media, as for marriage, Jesus will take control”.