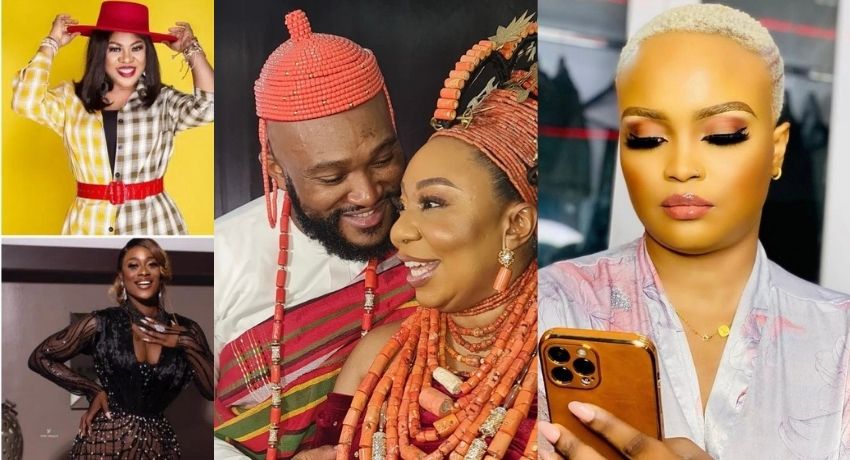 WITHIN NIGERIA reported on Friday, May 20 that Blossom Chukwujekwu took another shot at marriage with Pastor Chris Oyakhilome’s niece, Winifred Akhuemokhan, three years after his marriage with Maureen Esisi crashed over infidelity.

The traditional marriage took place in Benin, Edo state on Friday, while the white wedding will hold today Saturday, May 21. The couple got engaged on Valentine’s day, February 14, 2022.

Following the news of her ex’s remarriage, many took to her DM and comment section to troll her.

Maureen Esisi’s sarcastic comment over the event left many unimpressed as they stormed her pages to troll her.

Maureen shared screenshots of some of her dms on her Instagram page as she slammed her trolls.

Nollywood actress, Stella Damasus and BBNaija’s Uriel Oputa took to her comment section to console her.

Stella Damascus, “Social media has helped people amplify the voice of their cruelty. The darkness in their hearts. The stupidity they have embraced becomes loud.

Urielmusicstar: Na this is wrong

Recall Maureen Esisi had revealed that she was in tears, following the news of her husband giving marriage another shot. And pleaded with her fans to leave her DMs. 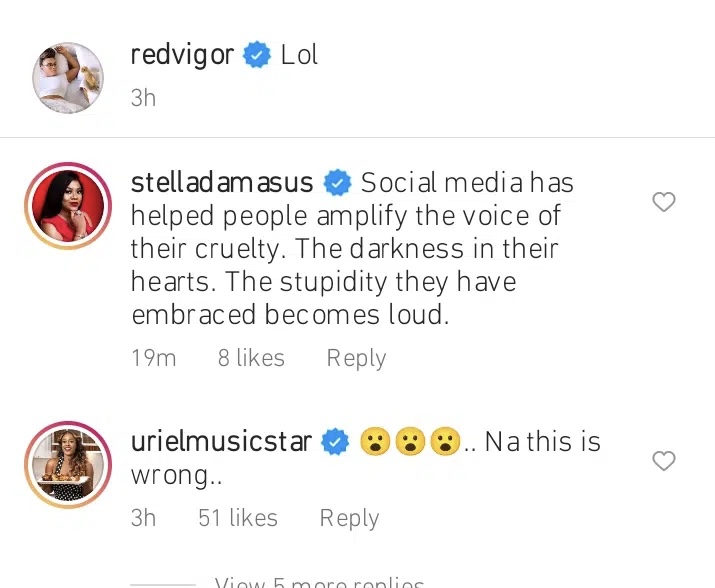 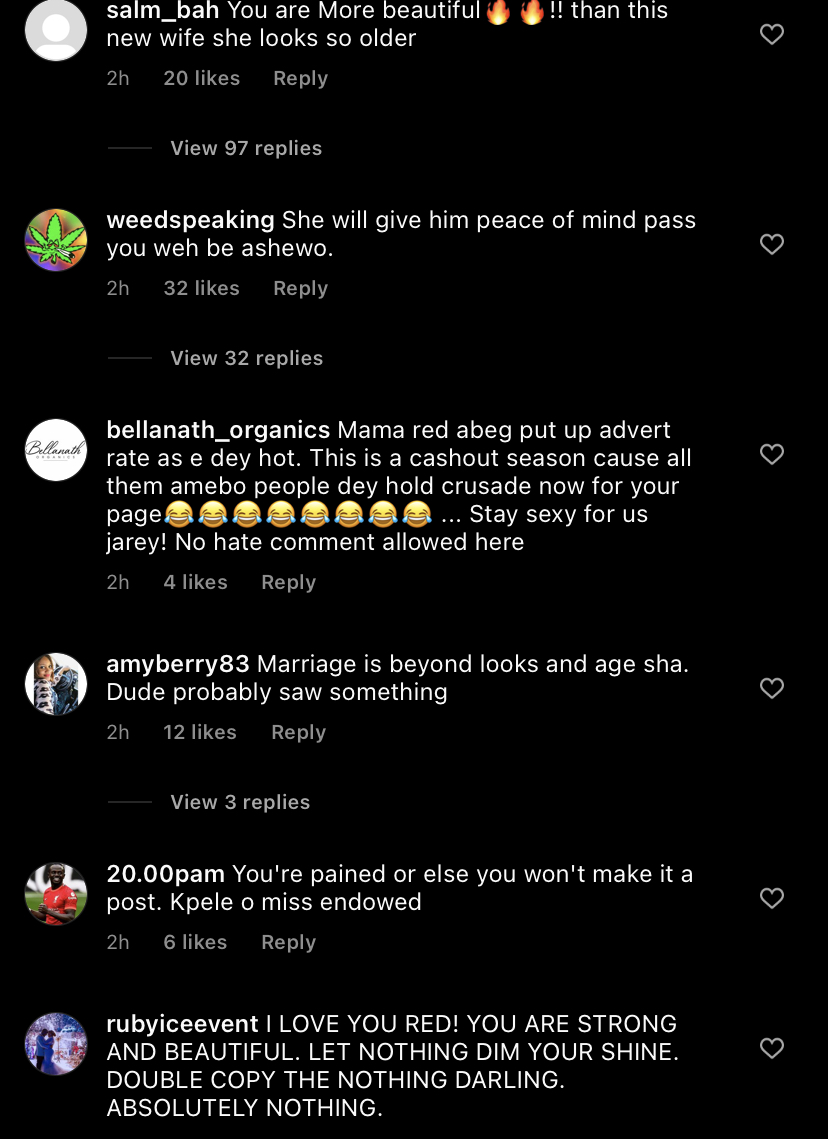 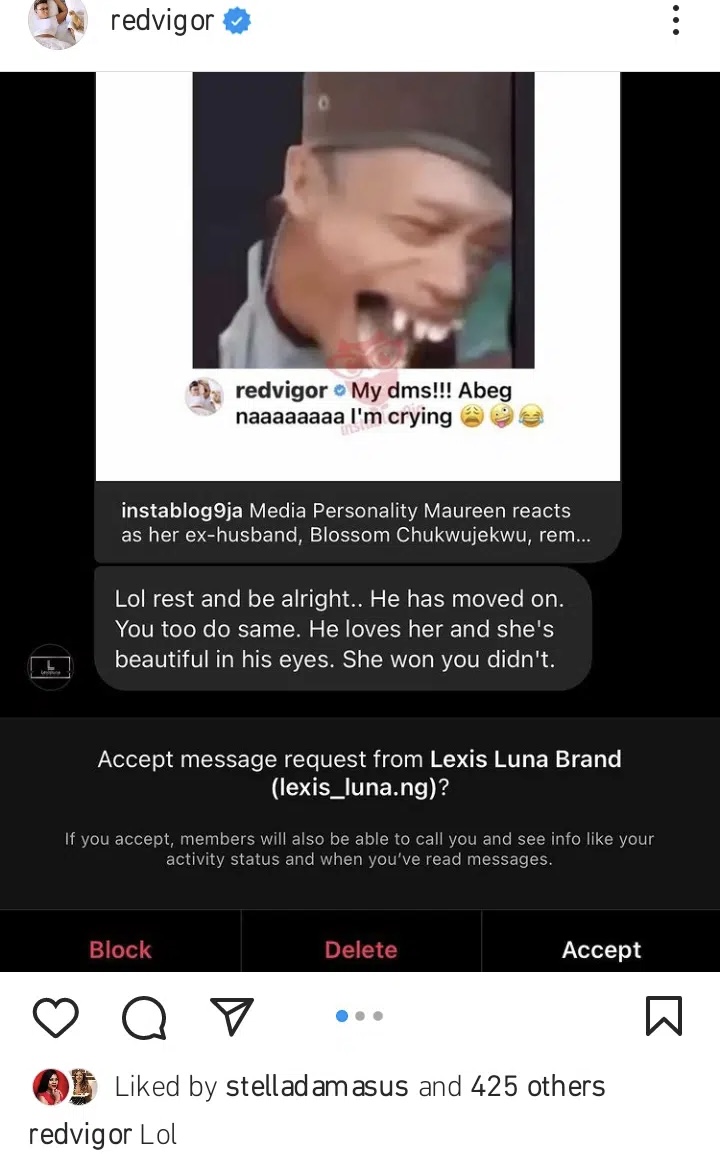 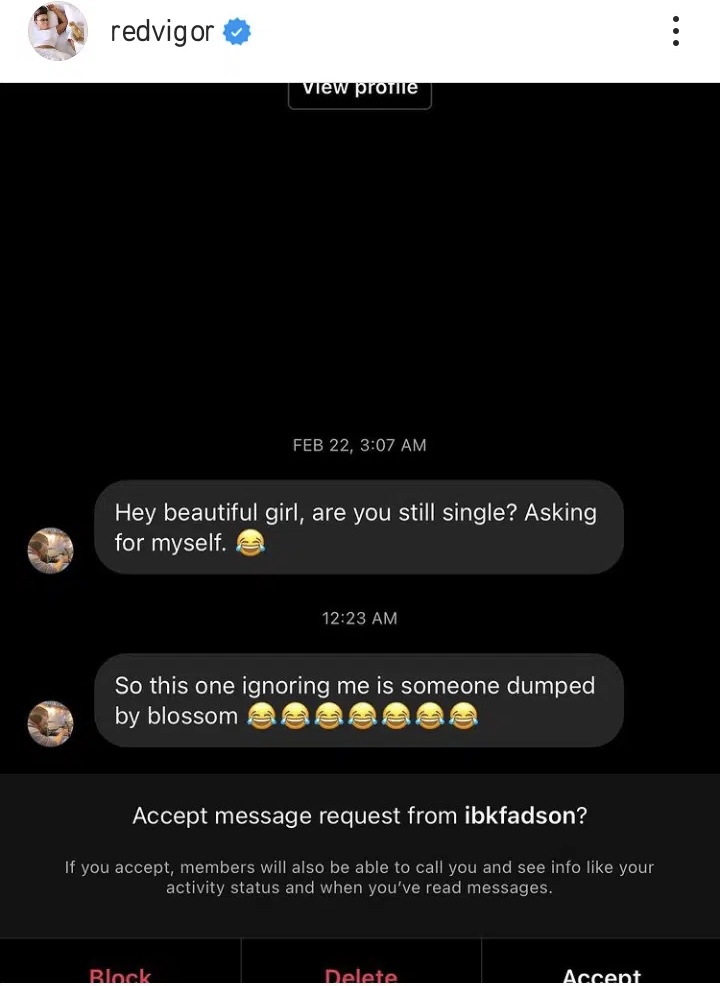