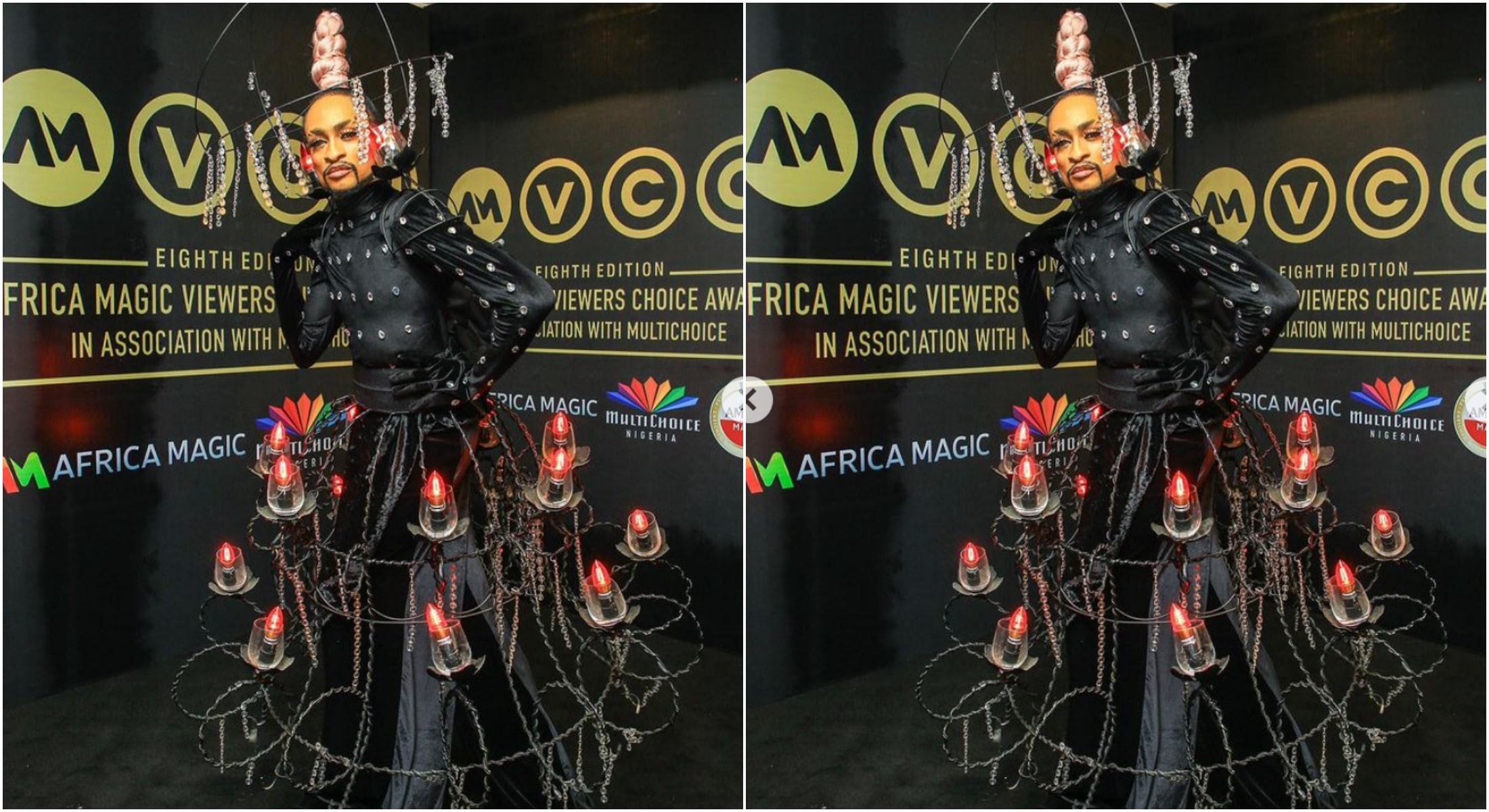 Days after stepping out in the ‘unusual’ outfit he wore to the recently held Africa Magic Viewers’ Choice Awards, popular TV host and entertainer, Denrele Edun, says he still has bruises on his waist as a result of the attire.

WithinNigeria recalls that for the AMVCA night, Denrele wore an outfit which contained several light bulbs. 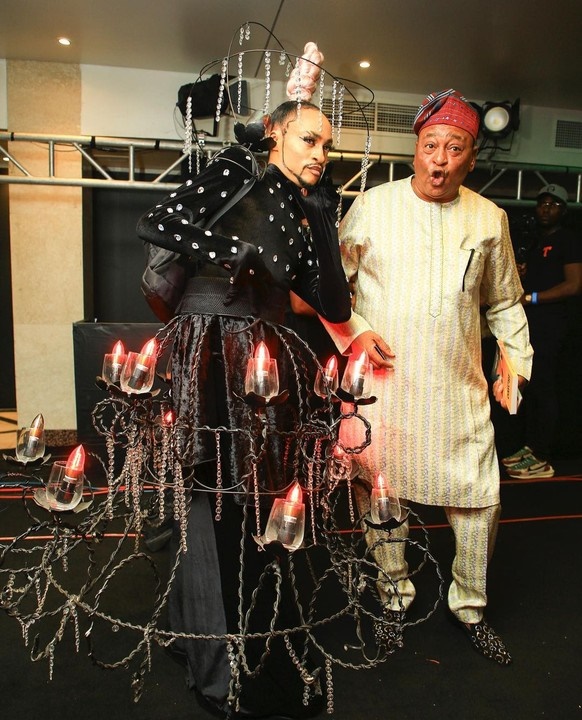 Speaking on the reasons for stepping at on such a strange outfit, Denrele said, “I wanted something that would not only be red carpet worthy but  as well that people would not forget in a hurry. I remember that in 2015 or 2016, I wore a backless dress to the AMVCA with a mask. Many people thought I was a South African nominee. They did not know I was the one. It was funny and I enjoyed it. At the after-party, when I took my mask off, people screamed. But, this latest outfit was not just about arresting attention. I wanted to wear something very unconventional that had never been worn before. I wanted something that would be wearable and still be art, and Toyin (fashion designer and stylist) got the idea. I did fittings for the outfit but my waist was small, so they had to fix it. My waist is still bruised as I speak. It was made with metal and we had to construct inverter batteries. For me, it was fashion with art.”

Asked how he felt when he had to end his relationship with a former lover simply identified as Yvonne because her family was not comfortable with his lifestyle, he said, “That was back in the day and it was not necessarily leading to marriage. It (marriage) was just in the works and to be very candid, I felt I was going to alter my identity and essence because of her. I truly loved her but I think it (the relationship) just wasn’t meant to be. At that point, I was not really settled. I was still in my family house. I was still trying to get myself on track, so I thought it could be a distraction. We are still friends though. She got married two years ago but I did not attend the wedding. I have not really been lucky with love. As a matter of fact, I am currently dealing with heartbreak. Another ex-lover met her future husband at my birthday party. I introduced them to each other and they are now married. I am also still friends with the other one who is married. I don’t keep enemies. The most recent ‘breakfast’ (heartbreak) I had was on the last Valentine’s Day. She told me she could not love me like I loved her, and at that time, I was ready for it (break up). I told her I loved her but I could still let her go.”

Watch video of the outfit