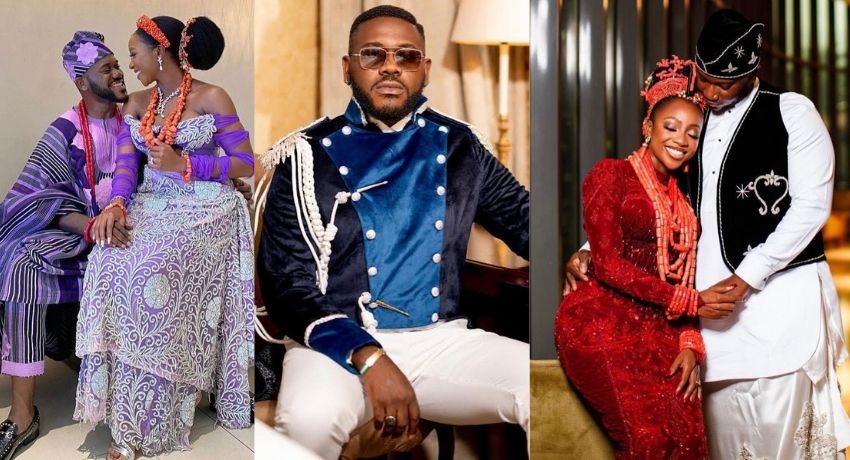 Ini and Abasi tied the knot traditionally on Saturday May 21 after their court wedding the previous day.

Ini Dima-Okojie shared stunning photos of herself in her Edo bridal attire in an Instagram post which left many drooling.

Reacting in the comment section, Deyemi joked about being the one who should have married Ini, adding that actress Nancy Isime ruined his relationship with Dima-Okojie. He wrote:

“This could have been us. If not for @nancyisimeofficial”.

Deyemi’s character Kola, an abusive lover, was engaged to Ini Dima-Okojie (who played the character Sarah) but died after Sarah’s best friend Kemi, played by Nancy Isime, accidentally shot him while trying to rescue Sarah from Kola during a fight. 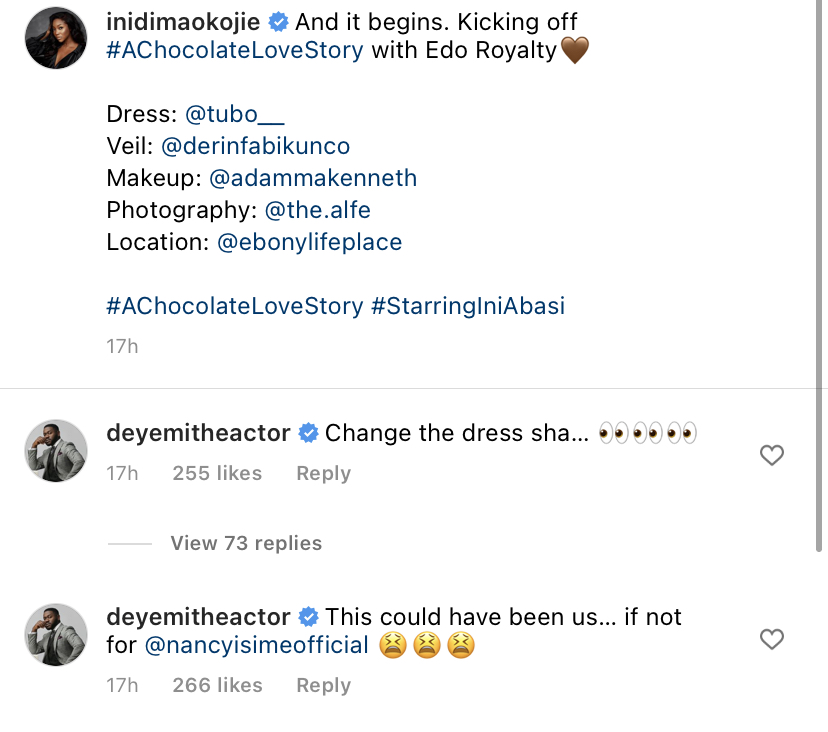