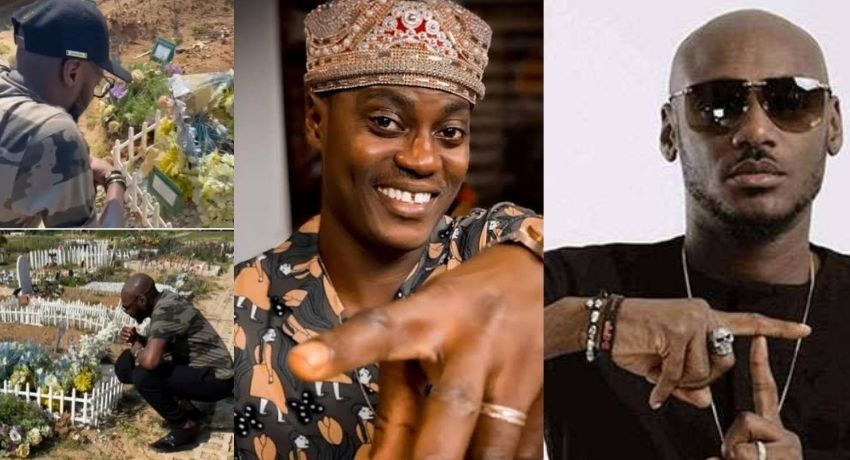 Award-winning legendary singer, Innocent Ujah Idibia popularly referred to as 2face or 2baba has paid a visit to the grave of his late friend and singer, Sound Sultan.

Sound Sultan left many heartbroken when he passed away on July 11, 2021. He died after battling ‘Angioimmunoblastic T-cell Lymphoma,’ ‘Cancer of the throat.’

Before his death, Sound Sultan underwent chemotherapy in a hospital in the United States of America.

2baba shared a video of him visiting his grave in America, where he is bonding with his 3 kids who he shares with Pero Adeniyi.

Taking to his Instagram page, 2baba stated that he went to pay respect to his brother alongside Emma Ugolee, Frankie J and others. He wrote:

“Went to pay my respect to my brother Sound Sultan. With my brothers @emmaugolee @amfrankiej @blackahrank July 11 WORLD SULTAN DAY. Blessed. We miss u dear friend. Olanrewaju Fasasi bless up”.

This isn’t the first time, 2baba would be paying respect to his late friend since his death.