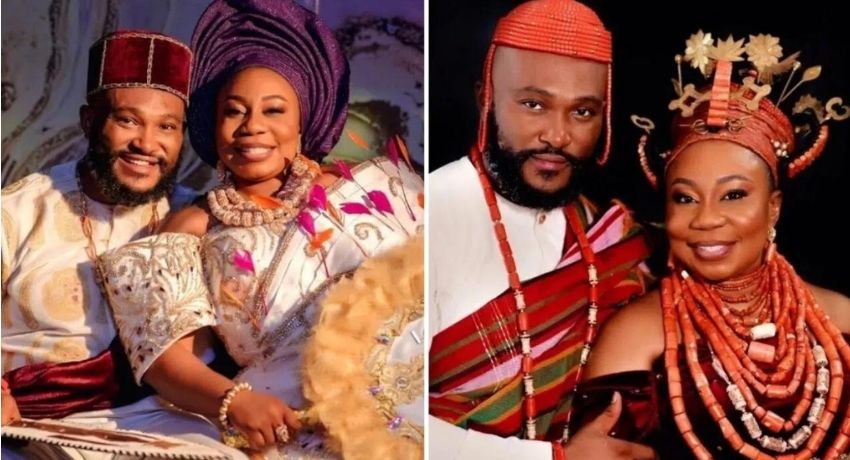 Nollywood actor, Blossom Chukwujekwu has broken his silence over his remarriage which took place over the weekend.
The movie star penned an appreciation post to his colleagues, fans and friends for the amount of love they showed to him and his wife. 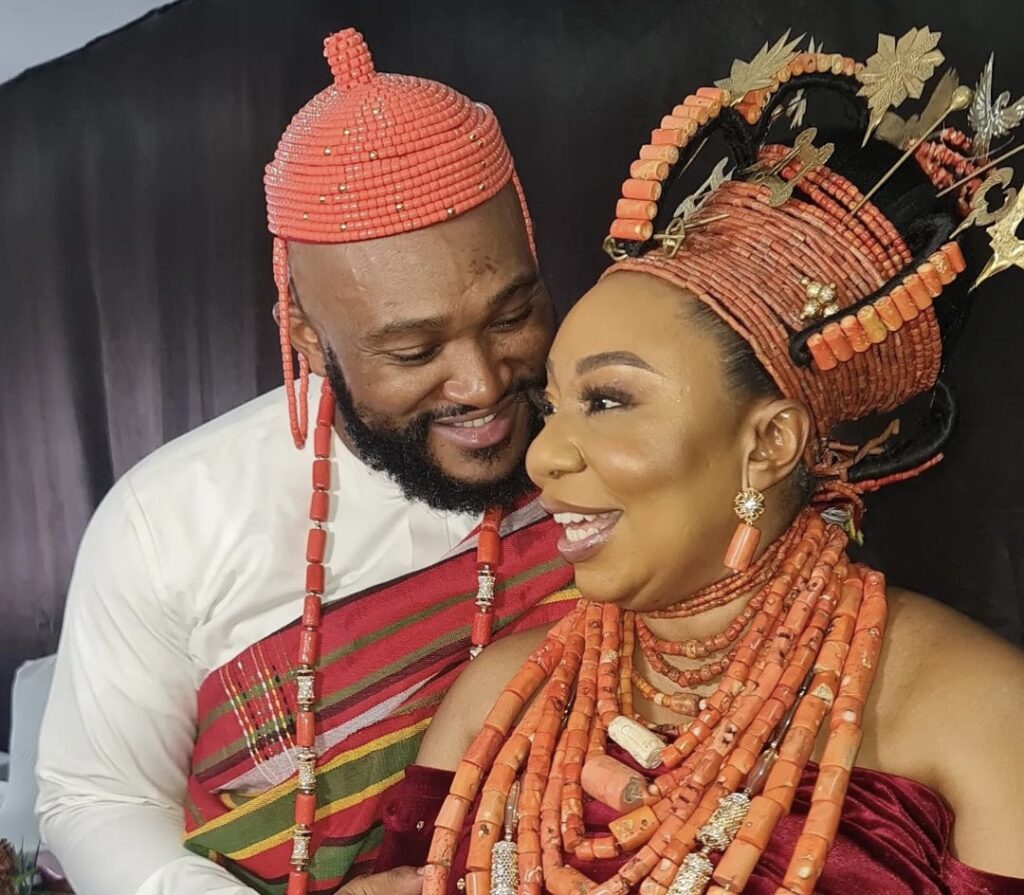 Fans and colleagues of actor Blossom Chukwujekwu were excited as the actor took another shot at marriage to Pastor Chris Oyakhilome’s niece, Winifred Akhuemokhan, three years after his marriage with Maureen Esisi crashed over infidelity. 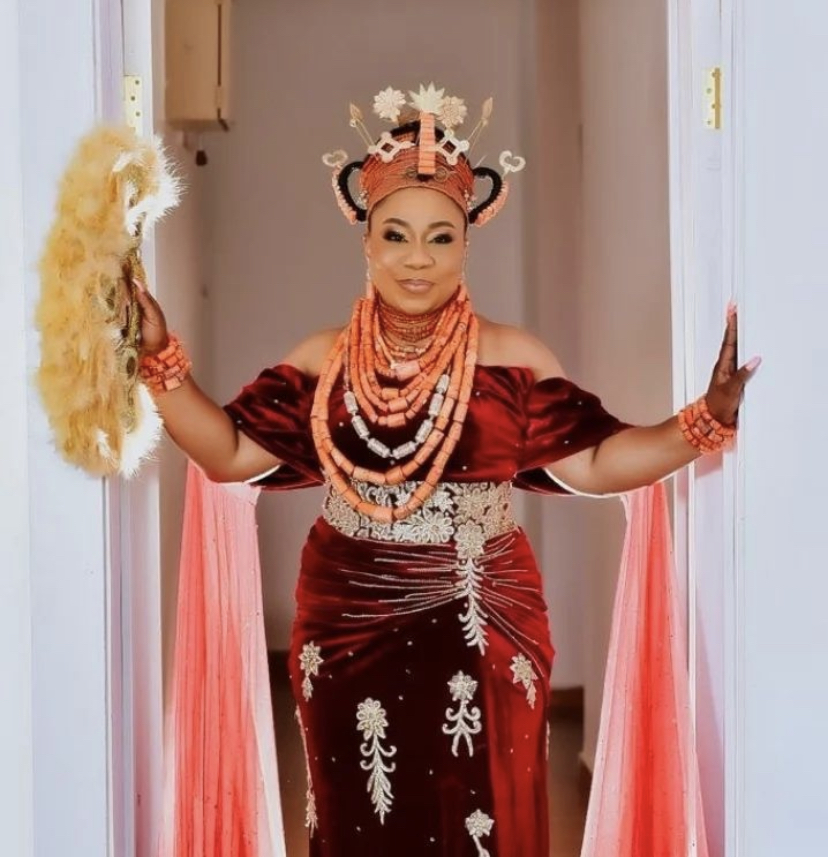 Sharing more photos from the event that was held on the 22nd of May in Benin, he appreciated all who celebrated with him and his wife.

“We are grateful! Thank you”. 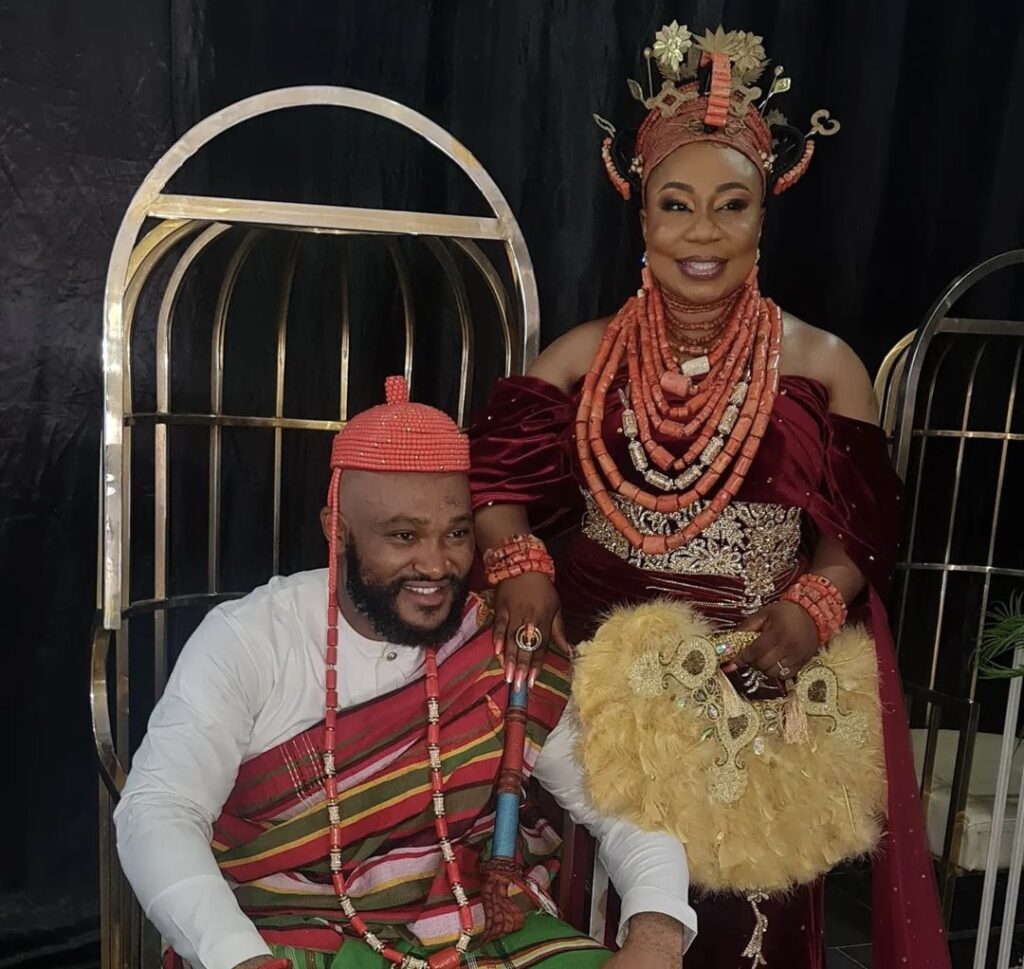 WITHIN NIGERIA recalls Maureen Esisi tendered a public apology for laughing after a troll made a comment about her ex-husband, actor Blossom Chukwujekwu’s new wife, Ehinome.

On Friday, May 20, Blossom got hitched to Ehinome, in a traditional ceremony in Benin. Some Nigerians stormed Maureen’s page to mock Ehinome, saying she is not as hot as Maureen.

Maureen while responding, laughed, a decision many felt was insensitive.

In a post she shared on her page on Sunday, May 22, Maureen apologized and also clarified that her comment wasn’t directed at Ehinome. According to her, no bride needs to be trolled on her big day.