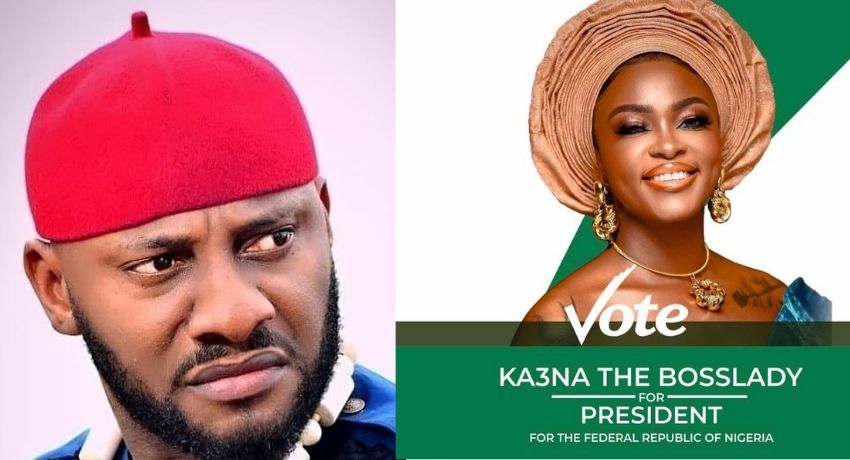 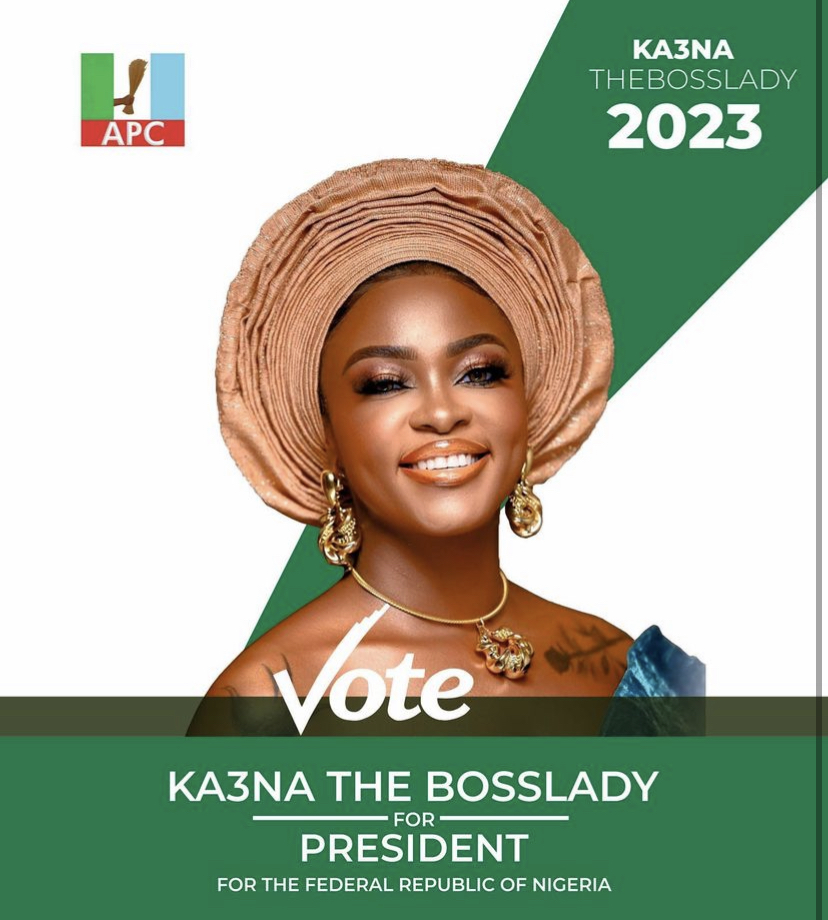 The reality star playfully said this in an Instagram post. Ka3na also indicated that she would be running under the umbrella of the All Progressives Congress. She captioned the post:

See some hilarious reactions below: 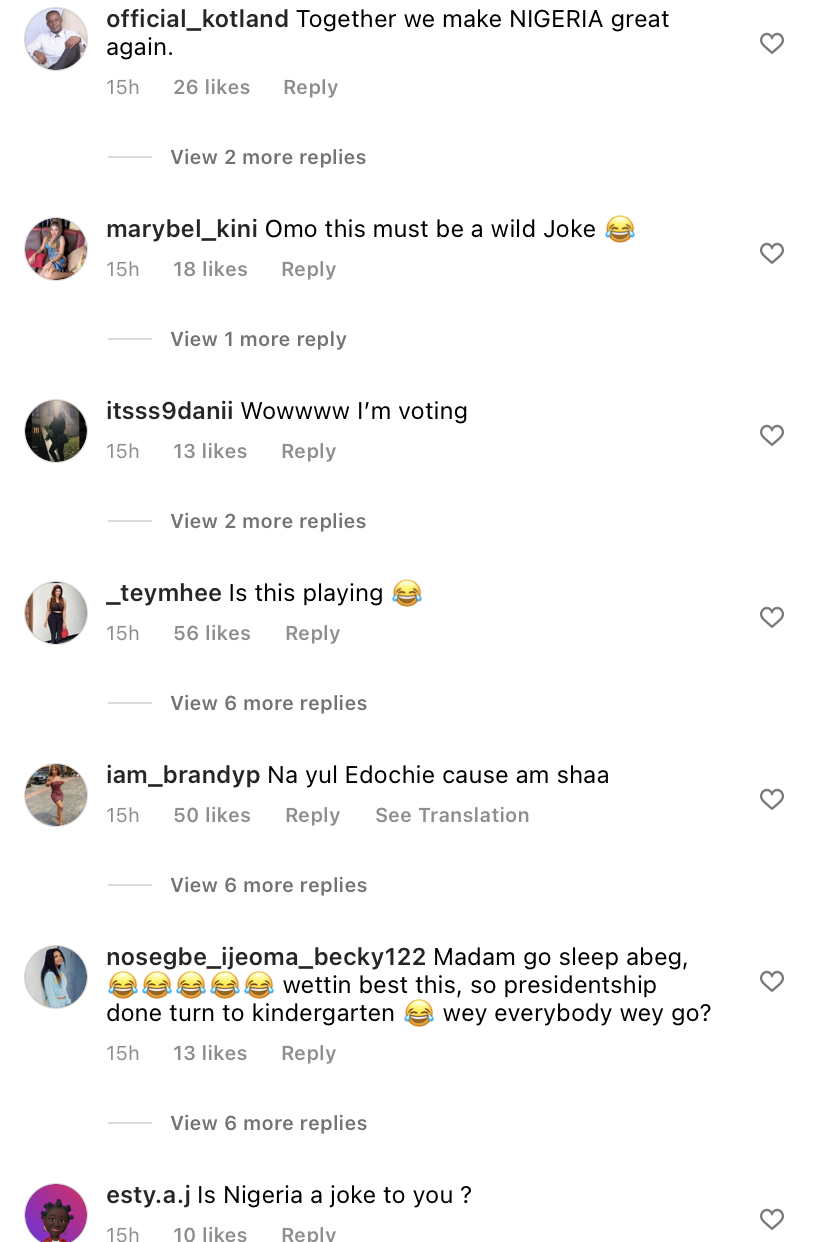 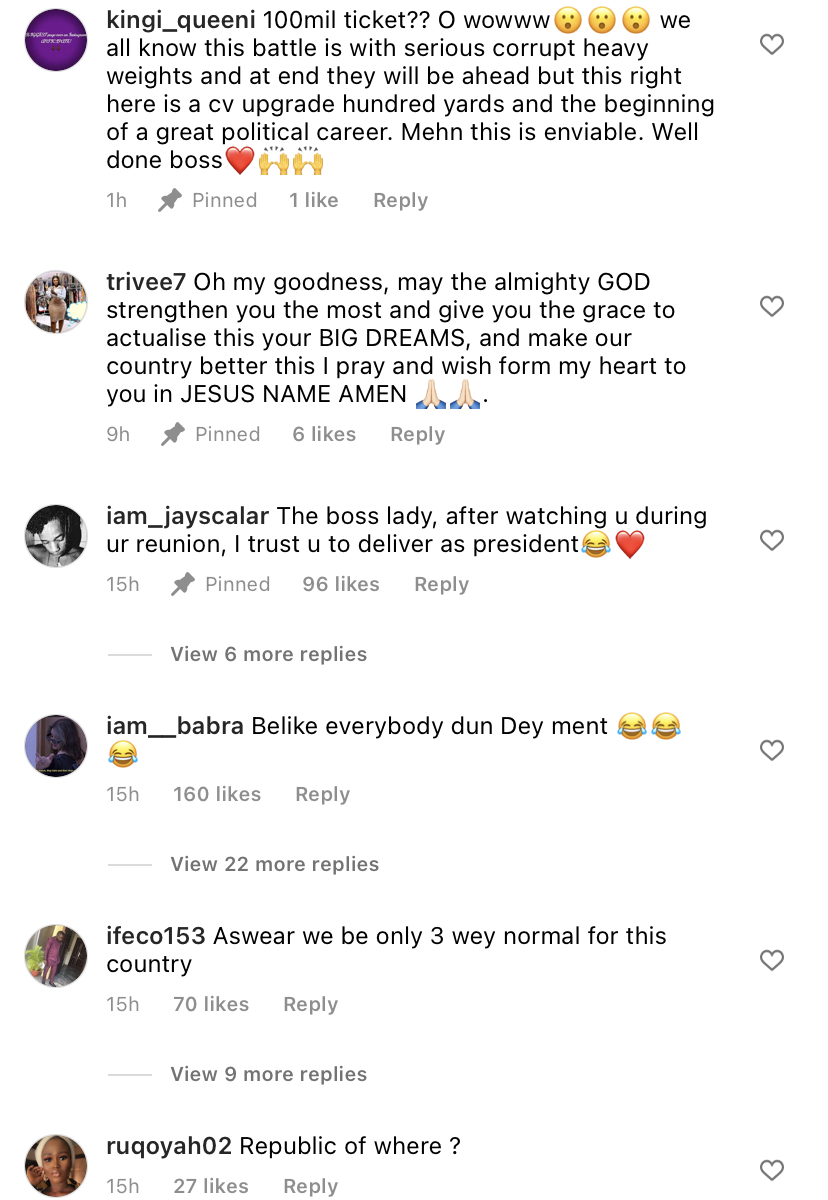 Ka3na recently relocated to the United Kingdom following her divorce. In July 2020, the 28-year-old revealed she was married to a British man who she calls Mr Jones.

According to her, she said she met him in Port Harcourt, Rivers State and went through IVF to have a child for him. 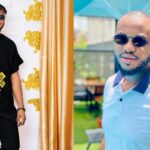 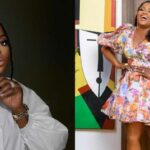 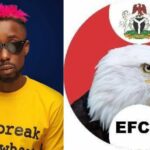 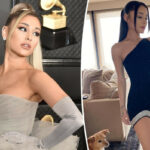 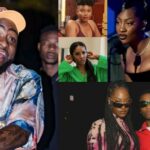