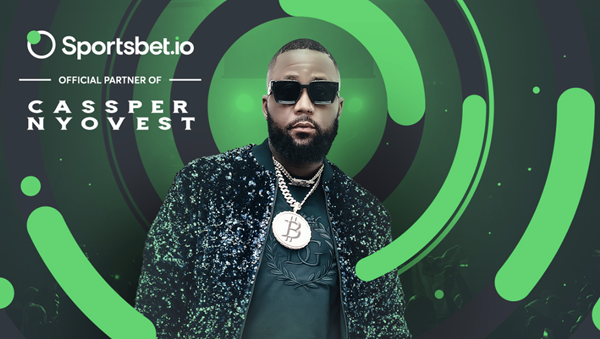 Cassper Nyovest joins the latest roster of Sportsbet.io’s global ambassadors, and he is pleased to be a part of the team now more than ever. Sportsbet.io is an online sportsbook that partners with various personalities in both the music and sports industry to push for crypto in the online betting scene.

The site is making a huge swing in Africa, aiming to market the wonders of cryptocurrency sports betting in a region with thousands of football and cricket fans. This move to sign Cassper Nyovest, who is one of the best rappers in the music industry, is a huge win that will boost their chances of success in their Africa campaign.

This also proves that Sportsbet.io made the right call about including Cassper Nyovest among other ambassadors who will make a push for crypto sports betting in the coming months. Having a talented rapper like him is a good idea for the business in the long run.

Continuing the trend of African rappers as ambassadors

Nyovest joins the likes of King Kaka and Tekno Miles—both legendary African artists who are now promoting the wonders of sports betting with crypto. Sportsbet.io has definitely fortified its name in the business by showcasing three of the best stars in the African rap industry.

This is not just to help the betting site and crypto’s cause; they are also pushing for Nyovest and others to be more than just their musical prowesses. Nyovest is an all around personality—from music and hip hop to boxing, he is a promising ambassador for the site.

Success in the music industry

Nyovest has gone through a lot in his career. He started out by forming a hip hop group named Childhood Gangsta with his friends at 13. Nyovest soon found a lot of connections with people in the music industry and later had his own debut single in 2013. Since then, Nyovest has released six albums as of time of writing. His reach was impeccable, and his fan base has grown so much over the years.

As an award-winning rapper

Nyovest has a total of 49 nominations in various awarding bodies in the music industry. Out of those nominations, the African rapper has won 34 of them, making him one of the most successful personalities in African music.

His best year was in 2013 at the SA Hip Hop Awards where he won all of his nominations for his song ‘Gusheshe’. Nyovest won the Song of the Year, Best Collaboration, Video of the Year and Best Freshman awards.

Nyovest’s reputation as a winning rapper makes him one of the top icons in African music, and that kind of success has a huge impact on Sportsbet.io’s possible clients and punters in the years to come.

In June 2022, Nyovest became one of three global ambassadors for Sportsbet.io. The rapper said that he is glad to be part of the team and wants to make the most of his deal with the crypto betting site.

‘I bet at Sportsbet.io not only because I can use crypto, but also because no other site treats its players better. I’m excited to work closely with the team to showcase the bonuses and promotions on offer. This is the start of something big’, Cassper said.

Nyovest’s signing with Sportsbet.io is something that makes him a whole lot bigger than just music. The rapper’s deal completes the hat-trick of hip-hop legends. He joins an elite list along with the likes of English Premier League clubs Arsenal FC and Southampton FC and Brazil Serie A club Sao Paulo.

Sportsbet.io Head of Africa Albert Climent said that he is pleased to work with Nyovest in the coming years and thanked him for taking this opportunity to the next level.

‘Welcome to the Sportsbet.io team, Cassper Nyovest. You are a legend of African hip hop and, like us, you’re always a step ahead of the competition’, Climent said. ‘We’re looking forward to welcoming Cassper’s fans from around the world to our community, where fun, fast and fair betting is only a click away’.

Nyovest is a big success for Sportsbet.io

A lot of people believe that Sportsbet.io’s move to sign the African rapper was a huge dedication as to how far they are willing to go just to attract a lot of possible clients and punters in the long run. Cassper Nyovest as a new addition makes it a huge win, and the online sportsbook takes pride in providing what punters can enjoy in their betting—a fun, fast and fair experience along with their top music idols. 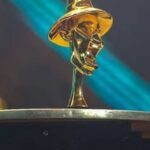 Headies announce 3 additional categories ahead of Headies Awards in 2022