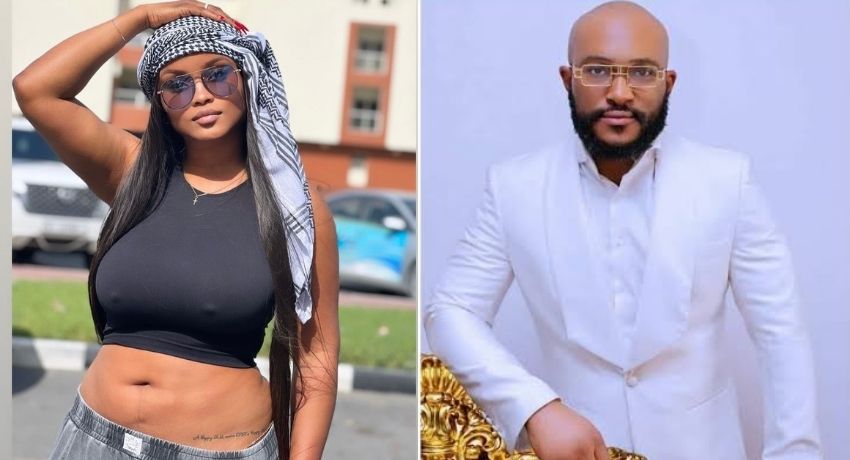 Maureen Esisi, the estranged wife of actor Blossom Chukwujekwu, has said revealed the real reason that led to their separation.

Maureen aka Red said that they are not legally divorced because she did not sign divorce papers and she was not served any. She also said “deceit” led to their separation.

Red made the claim during a question and answer session on Instagram.

“What really make you and your ex husband separated?” A fan asked.
– Deceit!; Maureen responded

“Why did you agree to divorcing Blossom?” Another fan quizzed
– He didn’t when I wanted to so I agreed when he wanted; Maureen replied

“When did you do your divorce? Because the last time we asked you said you’re not yet done.”
– Last I checked, I signed no divorce papers,” Maureen replied.

“Why didn’t you sign the divorce papers? You weren’t served?” The fan inquired again.
– “Wasn’t served any,” Maureen responded.

Blossom Chukwujekwu tied the knot traditionally with his new bride Winifred Akhuemokhan on Friday, May 20 in Benin City, Edo State.

Blossom Chukwujekwu and his first wife Maureen Ezissi got married in a private traditional wedding ceremony in December 2015. They had a more elaborate white wedding in October 2016.

The public was made aware of their crashed marriage when the duo unfollowed each other on social media in September 2019.

The fashion stylist said on Instagram on Tuesday on the 1st anniversary of their separation that she was not the cause of her failed marriage like many people believed.

According to the 33-year-old, her marriage did not crash on the grounds of her inability to conceive, disrespectful behaviour, possessiveness or infidelity.

She wrote: “I always wanted a child/children. ALWAYS!!!! The problem was NEVER me. He never wanted kids at that time at least not with me (I assume). He didn’t ‘seem’ interested in having kids…Reasons best known to him till date.”