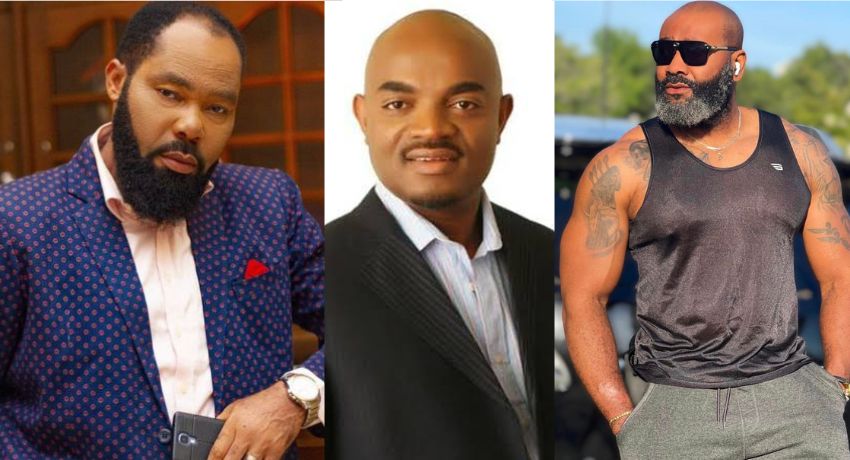 Actor Prince Eke has tackled the national president of the Actors Guild of Nigerian (AGN) Emeka Rollas for suspending their colleague Moses Armstrong over the alleged rape of a minor.

Recall, Moses Armstrong was arrested by the operatives of the Nigerian Police Force, in Uyo, Akwa Ibom State for allegedly raping a 16-year-old.

The suspension was announced by the AGN director of communications and actress, Monalisa Chinda in a statement last Saturday.

According to the statement, the indefinite suspension became necessary following the investigation of the guild concerning the alleged rape incident.

Challenging the decision to suspend Moses Armstrong, Prince Eke took to Instagram on Wednesday, June 22 to call out Emeka Rollas. According to him:

“I just read on the blogs that @emekarollas suspended that Moses Armstrong from the Actors Guild of Nigeria. In my school of thought, you don’t condemn a man based on mere allegations. Unless the suspension is SPONSORED.

“Mind you, I DO NOT support rape or any form of child / sexual molestation. I think this rape case should be looked into more critically instead of suspending him from a guild that should rather fight for him. If he is found guilty, then, he should be dealt with severely. I have daughters and would do anything humanly possible to protect my girls from sexual predators.”

Prince Eke recollected how Emeka appointed Senator Elisha Abbo who assault a woman in an adult toy shop in July 2019 in Abuja, as a patron of the guild. He continued:

“This same Emeka Rolas who suspended a member based on “hearsay “ on a case as sensitive as RAPE, is the same man who sometime years ago made a certain politician who beats up women here and there a Patron to Actors Guild of Nigeria. What a life! Until Moses is convicted by a jury, I’ll advice we stop this “bring him down” syndrome. For now. Moses Armstrong remains innocent until proven guilty by a law court.”

During the assault saga, Emeka Rollas justified the appointment of Abbo as patron, saying he has not been convicted of any crime.