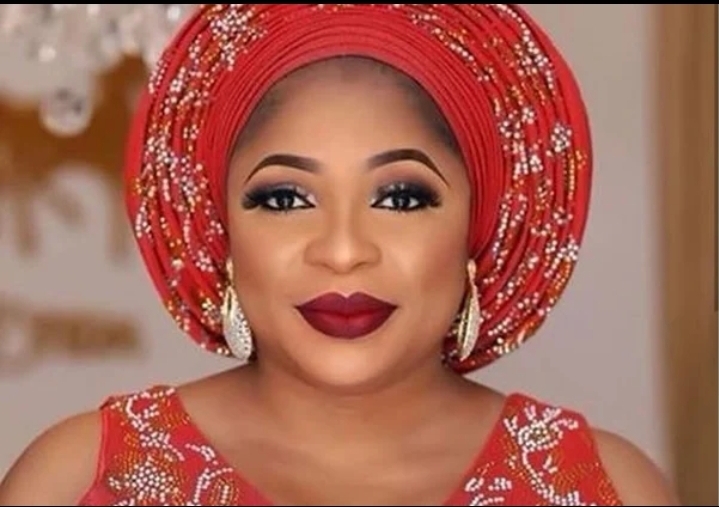 Following rumours that she attended a popular church to get healed from lupus,actress Kemi Afolabi has reacted.

Reacting, Kemi who has been battling lupus for months, stated that she is a devout Muslim and had a personal relationship with Allah, as she asked her fans to debunk the reports.

The actress was reacting to a viral picture which showed a lady being prayed for by Pastor Chris Oyakhilome of Loveworld Incorporated, popularly known as Christ Embassy.

Accompanied with the picture was a report that the actress received her healing during a miracle service.

On her Instagram page on Sunday, she wrote, “Since the news of my illness became public, I have gotten reports of different misinformation and false narratives out there.

“I have ignored it as my focus is on my well-being and health. I am a devout Muslim who believes in calling on God and seeking his face in times of need, this I have done consistently and JOY is certain in the end.

“Sometime ago, a picture was circulating online insinuating that I had visited Christ Embassy Church for healing.

“I paid no attention to it because I didn’t see visiting a church or getting prayers from a pastor as a bad thing. After all we all serve the same God, I believe.”

However, the actress stated that she received a “disturbing comment” after she posted a video of herself doing her “personal Islamic supplications.”

The comment read, “Why you no tell Allah to heal you then? Why did you run to church? Alfa no dey mosque them na.”

Sharing a screenshot of the chat, she said, “Fast forward to Friday, I posted a video of me doing my personal Islamic supplications, @officialeelahandsome dropped a very disturbing comment today asking if I had just remembered that I was a Muslim or where was Islam when I was seeking solutions from the Church.

“I was stunned at how insensitive humans could get just to score religion points which can simply be considered as blasphemy.

“I personally would like to use this medium to debunk such a false narrative. Never was there a time that I attended a church for healing. The picture circulating online is not me and I want everyone to please disregard it.

“I have a personal relationship with Allah, I don’t need anyone to get through to him.”

In early 2022, the actress disclosed her illness and her colleagues in the Nollywood industry have set up a fundraiser on behalf of her treatment.