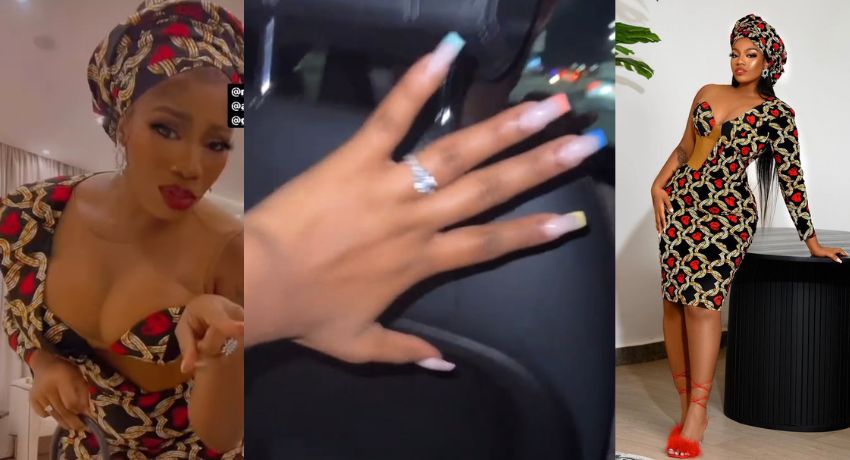 Big brother Naija alumni, Angel JB Smith has set tongues wagging in the direction of whether or not there was a recent ‘bended knees and popping the question’ action in her quarters.

The reality TV star sparked engagement rumours after she showed off what looked like a sparkly emerald cut ring.

Angel Smith posted a clip of herself being driven and made sure the camera captured the new jewellery she was sporting on the fourth finger of her left hand. Angel also made another TikTok mime video, with the ring on her finger. She is yet to make any comments on the new jewelry. See videos below:

In a similar piece of news, Nollywood actress, Iyabo Ojo’s daughter, Priscillia Ojo sparked various reactions after flaunting an engagement ring on her finger, weeks after an alleged affair with singer Kizz Daniel.

The young entrepreneur uploaded a video on her Instagram page flaunting a beautiful ring on her engagement finger. See video here