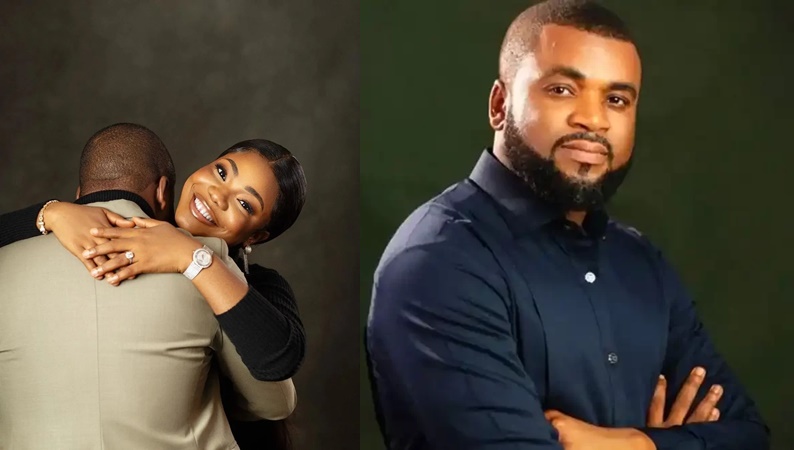 Barely few days, after being engaged, founder of Water Brooks Church, Pastor Blessed has centered his sermon around his fiancee, Mercy Chinwo.

While preaching during his congregation on Sunday, June 26, 2022 the celebrity pastor whose social media followers increased from 3000 to almost 100k after his engagement to Mercy, described her as his treasure and reward from God and preached on why his union with the singer is important.

Speaking further, he said Mercy Chinwo is the evidence that he will get Mercy from.

Sharing a clip from the sermon, the pastor also affirmed his love for her as he gave his best wishes to their online in laws.

Watch the sermon below: