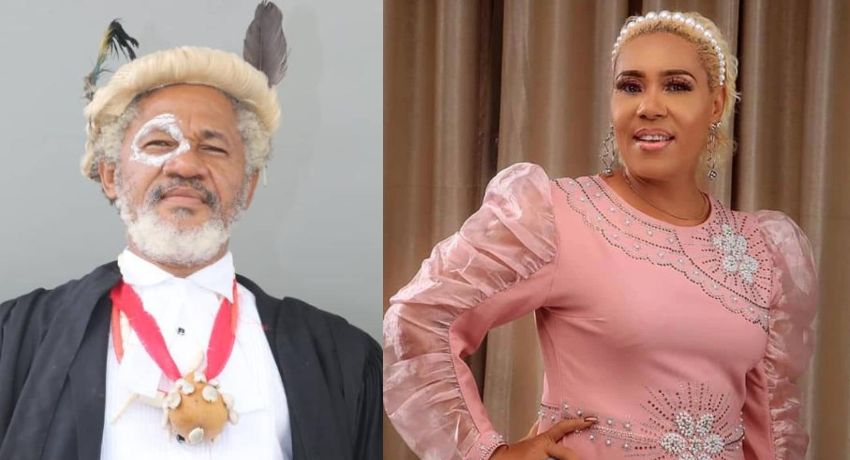 Malcolm Omirhobo appeared at the Federal High Court in Lagos on Monday dressed partly as a lawyer and as an adherent of Olokun, the Yoruba deity of water.

The lawyer had white chalk-drawn round one of his eyes, had legs chains on, tied a red cloth around his waist, a small gourd adorned with cowrie shells and fastened with a red cloth rope was left dangling around his neck and feathers attached to his lawyer’s wig. 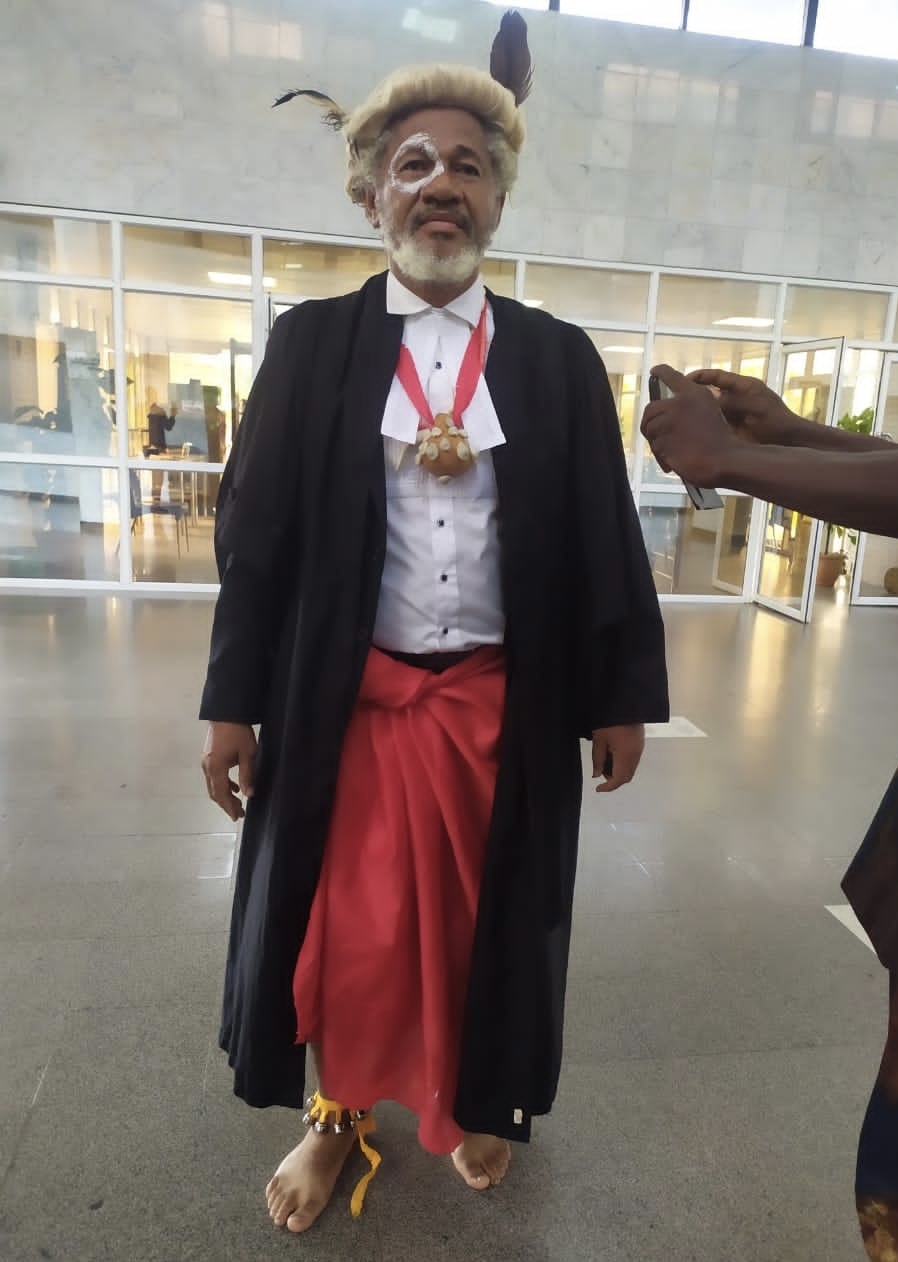 Omirhobo began dressing this way after the Supreme Court hearing in Abuja, and his dressing has sparked mixed reactions from the general public.

The lawyer, who hails from Delta State, said he dressed to court in that manner to exercise his fundamental human rights, following the judgement of the Supreme Court that allows every Nigerian to express their way of worship and the use of hijab in schools and public places.

On Tuesday, in reaction to the lawyer’s dressing which many began to refer to as that of a ‘Juju Priest’, Shan George opined that Malcolm Omirhobo was simply representing his religion and there’s nothing bad with his attire. She wrote:

“Wetin dem mean by juju priest? Isn’t that simply his religion? What’s bad in his attire? They should pls stop it.”

Omirhobo told PUNCH that his new look is “in response to the Supreme Court judgment of Friday (two weeks ago) against the Lagos State Government that female Muslim pupils can now wear hijabs to school. I am being satirical, I am trying to comply with that judgment.”

He added, “Nigeria is a multi-religious society. We have the traditional worshippers, Christians, Muslims, Rastafarians, and Buddhists. The judgement implies that as long as we all have rights, we all can be allowed to go to our places of work or school in our religious attire.”

The lawyer added that he is waiting for a judge to challenge him over his outfit.