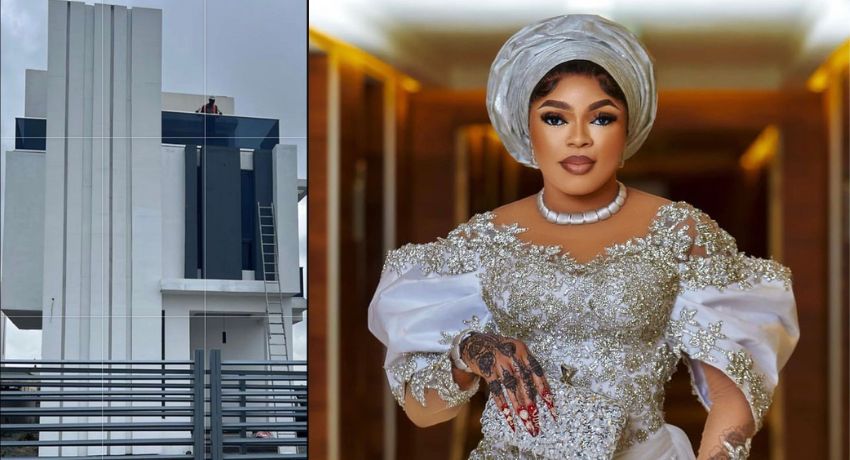 Self-acclaimed Snapchat barbie and crossdresser, Idris Okuneye popularly called Bobrisky has responded to allegations of not paying the Disc Jockey (DJ) that played at his N400 million housewarming event.

This is coming a few hours after an alleged message of the DJ surfaced online, calling out Bobrisky to pay for the service rendered at his party.

Taking to his Instagram page, Bobrisky shared a screenshot of his message with the lady who handled his event stating that all bills have been sorted out.

Bobrisky refuted knowing the DJ urging him to contact the lady who called him for the event because she was responsible for everything that happened at the event.

Bobrisky questioned if it’s a crime to be a public figure in Nigeria adding that he is not scared of any call out on social media. He wrote:

“I’m not responding to dis because of that faceless blogger hell no!! But rather responding to dis because of my fans not to believe everything you see on gram. Dis is a confirmation message that have sorted all my bills from the lady who handle my event 1 week to my party. I don’t know you mr dj so if you aren’t been paid go and meet Wunmi for ur money. Wunmi contacted you not me.”

“Is it a crime to be a public figure in Nigeria? Any small thing blog straight did I tell you I’m scared of you calling out? You are all mad including gistlover. You all better strat calling me out cos me no care o! Gistlover can only rant on that page the blog cannot do anything else. Only to rant and keep quiet. I rest my case o. Have a wonderful day”. 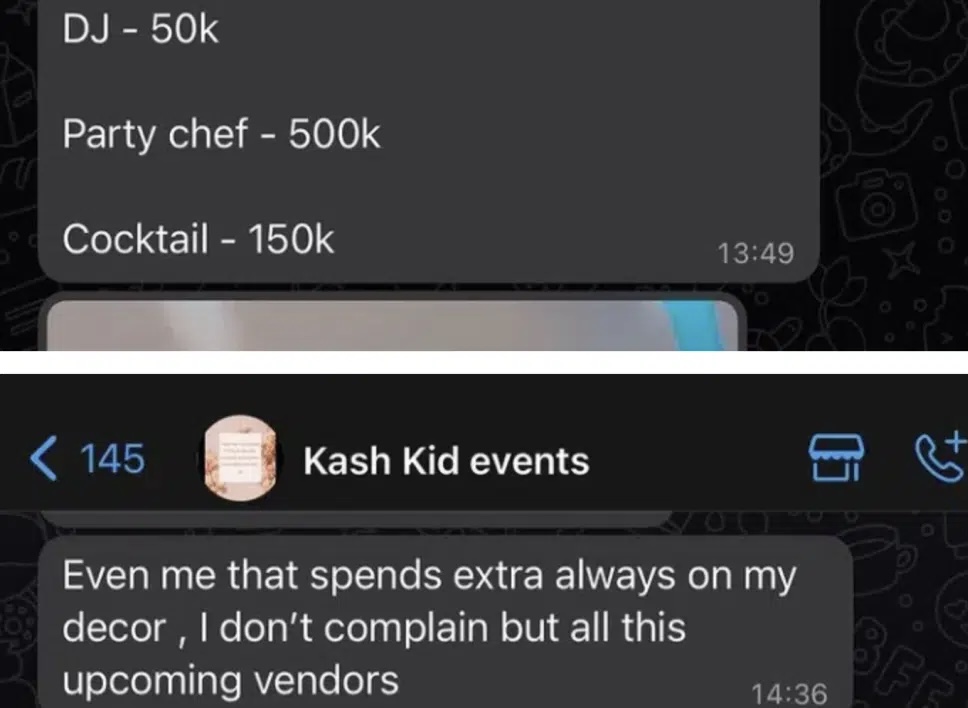 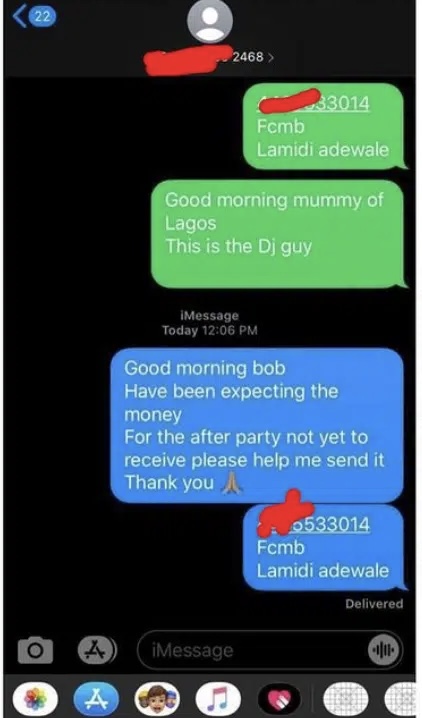 Recall, Actor Laide Olabanji has slammed Bobrisky’s Alfas who came to pray over his N400m mansion.

Recall Nigerian crossdresser, Bobrisky angered many, for holding a religious prayer session in his new home. The self-acclaimed Snapchat barbie who acquired a N400 million house held the internet spellbound with his extravagant pre-house warming bash.

What angered many was his audacity to invite Muslim clerics to pray for him. In a video making rounds, the crossdresser could be seen sitting in the center as the clerics formed a circle around him.

The Alfas rained prayers on him as he opened his new house. This has elicited mixed reactions from the public as many opined that greediness and love of money has corrupted many religious leaders.

Blasting Bobrisky and his Alfas, actor Laide Olabanji called them,’ jobless and hungry’ alufaas who are ready to do anything for money. See video here