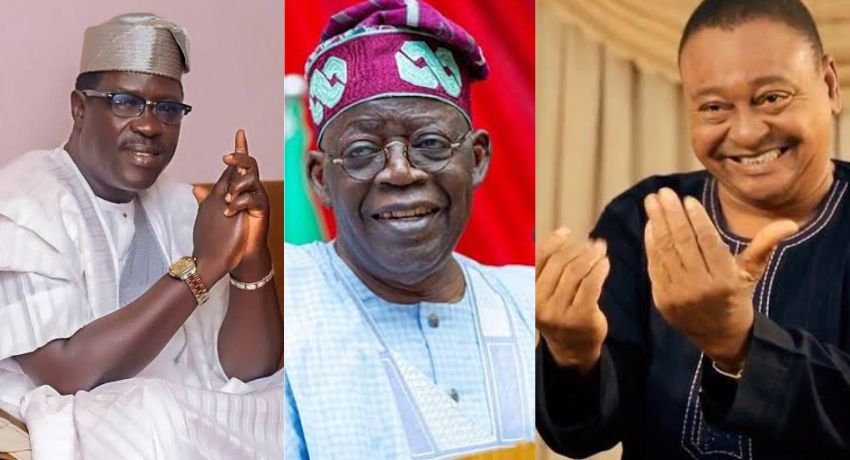 The video was received with mixed reactions from fans, who expressed their displeasure over their support for Tinubu, while others joined in supporting them.

However, defending his actions, Ogogo shared the campaign video on his Instagram page, stating that everyone has a choice to make and he has made his. He wrote:

“Allah the highest has bestowed the power of choice to everyone. I wholly support BAT on his mandate, please choose freely as it is your right. I have chosen mine.”

Defending his actions in an Instagram post, Jide Kosoko explained why he believes Tinubu deserves to be the next president of Nigeria. He wrote:

“I stand with Tinubu. I have witnessed his achievement as a Genuine Leader over the years, his support for humanity and the creative industry in particular.

“I am convinced he is a lover of old and new, especially the youth, considering the number he has raised politically, the majority of who are doing well as leaders today. Meaning he believes so much in youth as leaders of tomorrow as in today. Please give him the opportunity to complete transferring the technical know-how on his God-choosing assignment. ignore hate speeches by opponents and enemies. HONESTLY, WE NEED HIM. Let it not be another best president we would not have. Arise larika, arika baba iregun.”