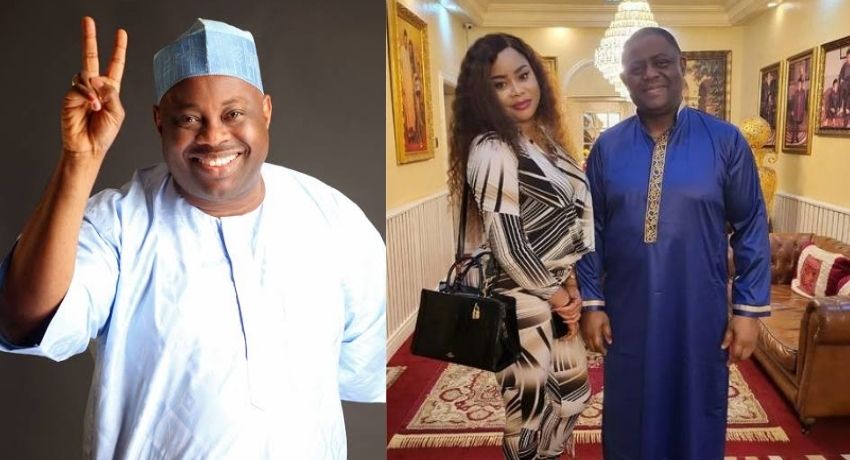 Media personality, Dele Momodu has said that former Minister of Aviation Femi Fani-Kayode truly loves his ex-wife, Precious Chikwendu, who he was engaged with in a public face-off for months.

In an Instagram post he shared, Momodu disclosed that FFK confirmed that there are reconciliation moves between him and Chikwendu.

He also disclosed that he tried to intervene about a year ago after being contacted by the former Minister’s ex-wife, but both parties refused to back down.

“BLESSED ARE THE PEACEMAKERS… I just got off the phone with my dear friend and Brother CHIEF FEMI FANI-KAYODE and was happy to learn of reconciliation moves between him and his enstranged wife PRECIOUS. Indeed there’s nothing GOD cannot do… I had tried so much to intervene after PRECIOUS contacted me about a year ago but both parties refused to back down… I pray for the sake of their lovely children, they will allow peace to reign permanently… FEMI truly loves her.”

WITHIN NIGERIA recalls, Femi Fani-Kayode took to Instagram to shower Precious Chikwendu with praises, as he could not contain his excitement. He narrated how exciting it felt to see his ex-wife reunite with him, his family and staff after two years.

For months, Precious had accused FFK of keeping her from her kids and they have been in court battling over custody of their children.
Some weeks ago, Precious got the chance to visit her kids and she couldn’t contain her excitement. She went ahead to thank FFK for permitting her to see the kids. Read details here