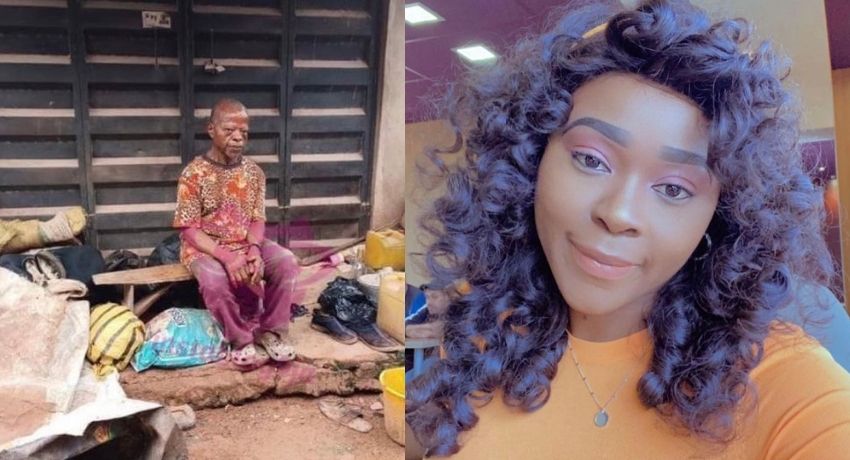 Actress Chioma Ifemeludike has reacted to the photo of actor Kenneth Aguba who has been reported homeless.

A photo of the frail-looking actor in a shabby environment at Ugwogwo park near Abakpa in Enugu State circulated on the internet on Monday, July 4.

The Actors Guild of Nigeria also confirmed that the actor is currently homeless and the guild will provide assistance and ensure he is taking care of.

“The reality or the lies… which do we prefer? I would write but right now I’m busy. And there is really no point, we love our lies… By the way, Food have been served for one opportunistic pastor to display bundles of on national Tv.”

“Nollywood southeast is an epileptic state, the state, the imbalance is glaring. Only a few grow and benefit… Caused by mediocrity and unprofessionalism and wickedness.”

Chioma Ifemeludike also said that AGN must be held accountable for the welfare of their members. She wrote:

“The organisation must be held accountable for welfare and wellbeing of actors. These elders are not paid or fed well and no sanctions or penalties have been served!”

Meanwhile the guild in the statement on Monday, said it did not abandon Kenneth Aguba.

Kenneth Augba has played minor roles in movies like The Evangelist, Long John, Agaba and Submission.