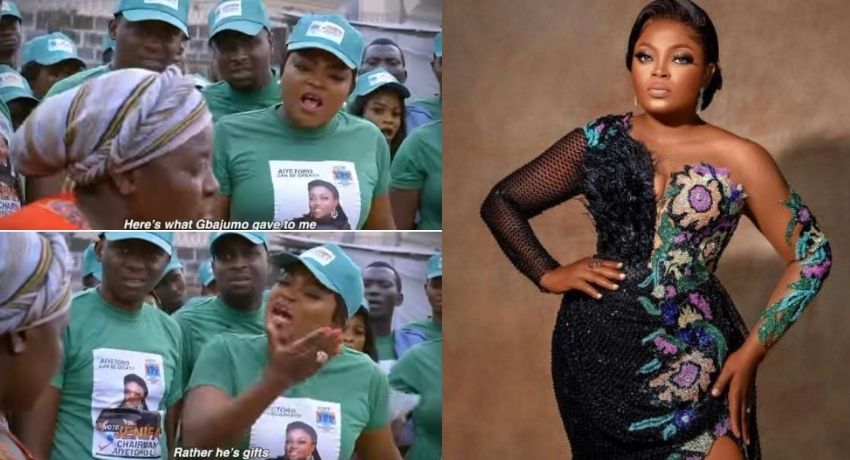 It is no longer news that Nollywood actress, Olufunke Ayotunde Akindele popularly known as Jenifa due to the character she plays in Jenifa’s Diary, has officially emerged as deputy governorship candidate of Lagos state.

Funke Akindele on June 29 2022 began to trend as one of the 5 nominated and potential running mates for deputy governor of Lagos state under the umbrella of the People’s Democratic Party (PDP), Dr. Olajide Adediran aka Jandor as the party’s governorship candidate. 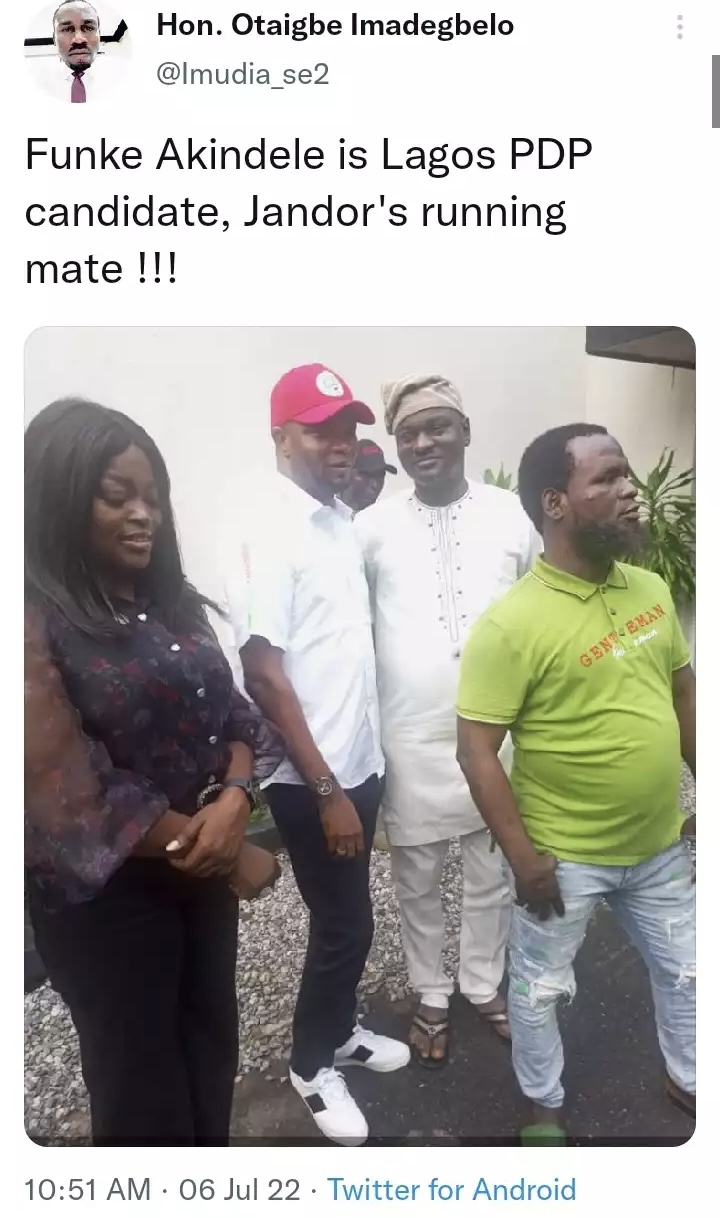 For a well loved actress who was not into politics prior the nomination, it’s impressive to note that Jenifa had coincidentally brought her political aspirations which she had portrayed in the popular TV series, Jenifa’s Diary to real life.

In a post on June 17, she shared an old clip of herself and other actors from a scene of the movie. Akindele could be seen campaigning for the post of Local Government chairman for Aiyetoro – a small town the movie character Jenifa hails from. She spoke against vote selling/buying.