Ada Ameh: Why I chided my colleague for being insensitive at condolence visit – Etinosa Idemudia (Video) 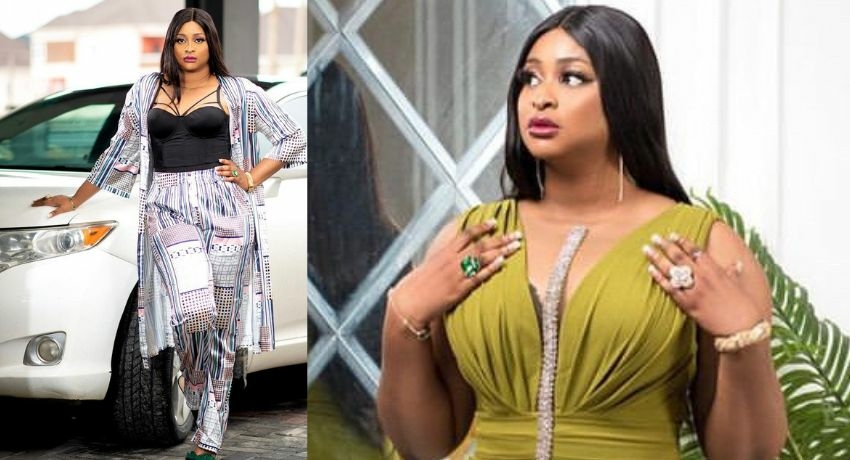 Nigerian actress, Etinosa Idemudia has revealed the real reason she criticized her colleague who recorded their ‘vulnerable moment’ at a condolence visit for  late Ada Ameh.

Etinosa who broke down on live television earlier bashed her colleagues for chasing clout with the late actress, Ada Ameh’s death.

The actress who didn’t mention any names, but who netizens believe the message was directed at Warri Pikin, rebuked her colleague for being insensitive.

Ada Ameh’s best friend, Empress Njamah had set up a condolence register in Abuja for the late actress which had celebrities in attendance.

Warri Pikin who was among the celebrities invited had made a video of her visit. Warri Pikin made her personal assistant record her from when she walked into the event, to all the activities that went on.

Etinosa stated that if ‘the person’ was really touched by the unfortunate incident and wasn’t doing it for publicity sighting, she wouldn’t have the mind to tell her P.A to hold the camera and record her activities.

She further stated that ‘the person’ even had the heart to edit, and even add soundtrack to it.

Etinosa Idemudia called her action offensive, adding that though clout was good for business, this one was not nice.

Clarifying herself during an interview with TVC – Wake Up Nigeria, Etinosa Idemudia revealed that the death of her father played a role in her outburst.

Shedding tears, Etinosa Idemudia stated that she was triggered when she saw a video of Empress Njamah in her vulnerable state mourning the deceased. She said:

“I lost my dad not long ago, when u saw the video of someone going to – I first saw a video of Empress crying, placing the pictures and flowers and I was like why is anybody recording this lady in this vulnerable moment and in the video there were other people with phones I could see. What kind of generation is this? What kind of people are this? All holding phones, when they could be consoling her.

That triggered me. I saw another video, someone walking into the place of condolence, there is a camera following the person, like if this person means a lot to you and you are pained about her transition to glory there is no way you would remember someone to take you”.