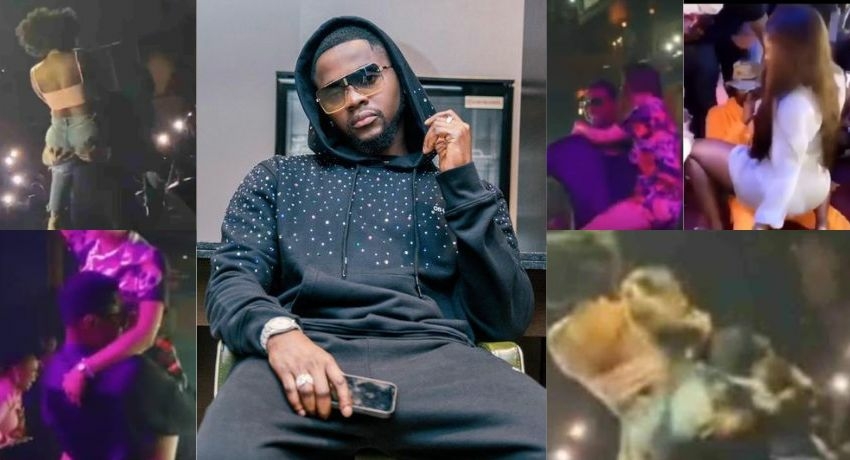 Singer Kizz Daniel has opened up about getting intimate with his female fans, saying he has not received any backlash because he always asks for their permission before anything happens.

The ‘Buga’ singer said this in an interview with media personalities Angela Yee and DJ Envy on The Breakfast Club show posted on Instagram on Tuesday. DJ Envy asked:

“You get intimate onstage with women, have you gotten any backlash for that?”

Responding to the question, Kizz Daniel said that before getting intimate with a female fan, she must give consent. Kizz replied:

“Before I get intimacy with any woman on stage I always ask for their permission I always say you have to be 18 and above, you have to give me permission to dance with you and touch you and if that’s okay you can come on stage.”

WITHIN NIGERIA recalls, Kizz Daniel caused a massive stir on social media after asking a woman he rocked during his performance to write him a message as quickly as possible.

The ‘Buga’ hitmaker has been performing in arenas for days as part of his music tour. However, when he appeared to get “crazy” on stage, everything changed.

Initially, Kizz Daniel could be seen squatting and putting his hands on the lady’s bum whilst she was twerking in front of him.

The audience cheered enthusiastically as Kizz Daniel lifted her and dropped his microphone on the stage. Kizz Daniel instructed the woman to send him a direct message (DM) right away while uploading the footage to his Instagram page.

Weeks after, the lady in question did, and was employed.