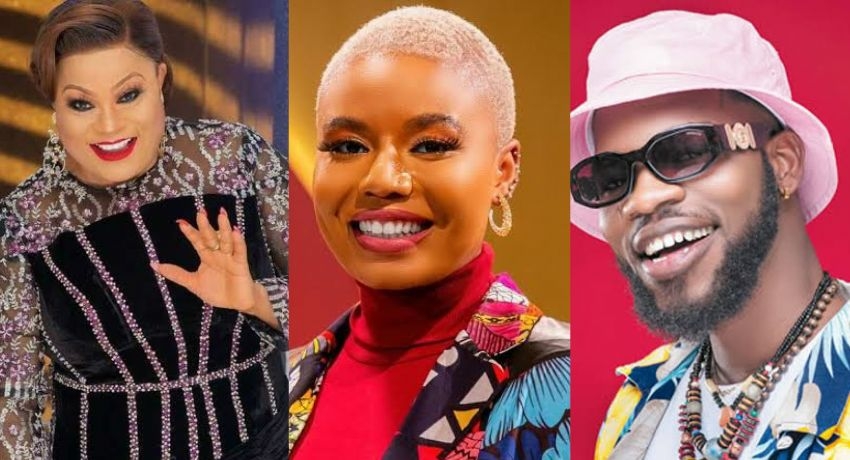 Joining the list of celebrities going to India this year is Nancy Isime.

The role interpreter and media personality would be joining Sola Sobowale and Broda Shaggi to star in a Bollywood movie.

She expressed how excited she is to announce that she is cast in a new project by extraordinaire Indian director, Hamisha Daryani Ahuja.

Revealing why she was excited, Nancy Isime knows she can count on the support of her fans to cheer her on throughout the process. She wrote:

“Guys!!!! I can’t keep calm…#NancyIsGoingIndia!! I’m excited to announce that I’m part of the cast of a new project by EP/Director extraordinaire @HamishaDaryaniAhuja.

This is super exciting for me because I get to immerse myself in a different cultist and explore my acting range. It’s also exciting because I know that I can count on your support to cheer me on throughout the process. I’m not going to ask if you’re ready, because I know you’re ready! Let’s go!!!”.

WITHIN NIGERIA recalls one of Nollywood’s most sought-after actresses; Sola Sobowale went international. The “King of Boys” actress revealed she would be going to India to join record-breaking Director Hamisha Daryani Ahuja for her latest project.

While it is Ms Sobowale’s debut Bollywood movie role, it is Broda Shaggi’s second, as he made a cameo appearance in Ms Daryani’s ‘NamasteWahala’ movie.