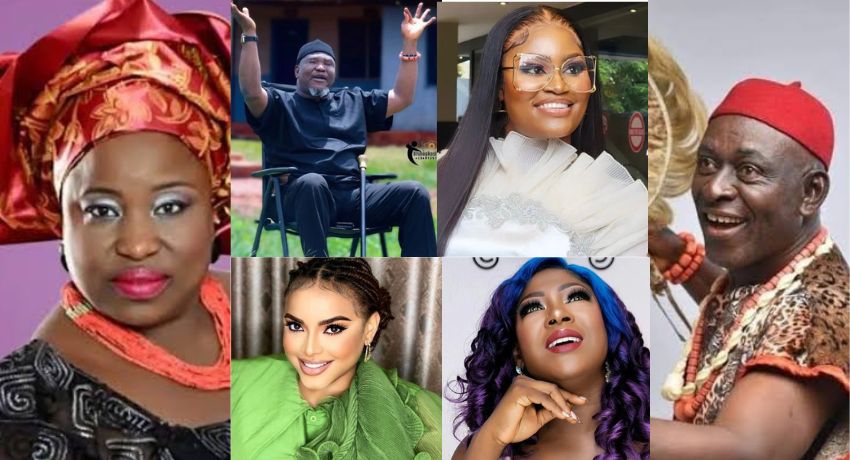 Chizzy Alichi, Ugezu J. Ugezu, Shirley Igwe, Susan Peters, among other Nollywood actors have rejoiced over the release of their colleagues Cynthia Okereke and Clemson Cornel by their abductors.

Chizzy took to Instagram in the early hours of Thursday, August 4 to share the good news after the Actors Guild of Nigeria made the announcement.

Chizzy Alichi expressed gratitude to God for their safe return. She wrote:

“They have been released unhurt to the glory of God. God is the greatest.”

Other actors have also excitedly thanked God over the news. See below:

Chiamaka Nwokeukwu Ulasi wrote: Thank you lord. prayers was not in vain.

Jennifer Eliogu wrote: To God alone be all the glory

Adaora Ukoh wrote: May God be praised for what he cannot do does not exist.

The Actors Guild of Nigeria (AGN) announced their release on Wednesday night in a statement signed by its spokesperson Monalisa Chinda-Coker.

While the AGN did not state in what condition the two were released, Monalisa said in the statement that the guild “has arranged for medical checks and psychological support for the victims.”

Cynthia Okereke and Clemson Cornel, aka Agbogidi, were reported missing on Thursday when they did not return home from a film location in Ozalla Town, Enugu State.

Their abductors contacted their families on Saturday to demand $100,000 as ransom.

An offer of N1.2million as ransom was rebuffed by the kidnappers according to AGN president Emeka Rollas.