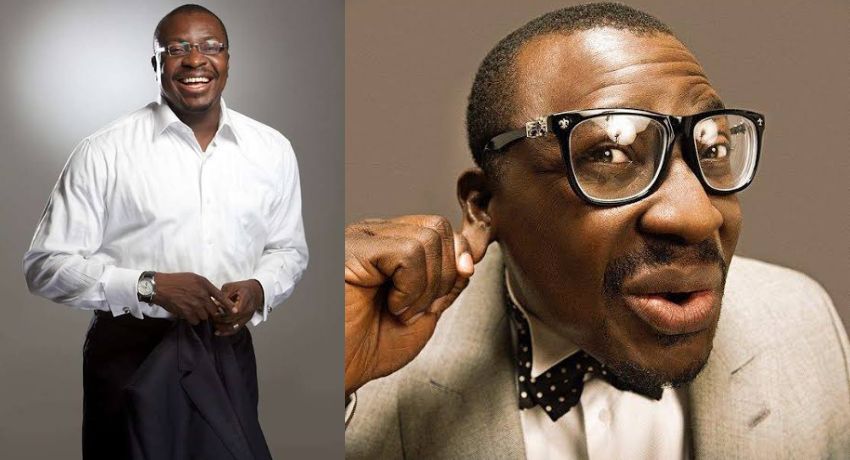 Nigerian comedian, Atunyota Alleluya Akpobome, professionally known as Ali Baba has clarified his earlier comments, where he tackled some Nollywood actresses for having questionable sources of income.

WITHIN NIGERIA reported that a video of him lambasting Nollywood actresses over their source of wealth made the rounds on the net.

To buttress his point, the comedian who said he was tempted to mention names, cited an example of an actress he met in Dubai who was sponsored to lounge in Dubai and later came online to make it seem like she paid for the hotel expenses.

Setting the records straight, Ali Baba stated that the video was made a year ago, when Obi Cubana threw a lavish burial ceremony for his mother.

He revealed that he was on set when his phones started buzzing and it was revealed to him that a video he made a year ago was trending.

Ali Baba stated that the video was posted to speak against the hypocrisy that followed the girls that went to Oba for Obi Cubana’s mother’s burial. He wrote:

“I was on a set recording and started wondering why I was getting so many calls…. then it was revealed that a video of 1 YEAR AGO, was trending.

A video that was posted to speak to the hypocrisy that followed the girls that went to Oba for Obi Cubana’s mother’s burial.

Clearly, some people can only read what is regurgitated.

Secondly, some people can’t read. So they wait for comments. So they can join the bandwagon.

Sensationalism is a daily staple now. So people look for what can drive traffic, post and sit back and let the people looking for a fix to jump on it.

Again, it is now more evidenced that some people will miss the point, Because they can not or too lazy to finish watching a video before jumping to conclusions.

This video is one year old. That didn’t affect the person who called me just 30 minutes ago, and said “my cousin said she was on your instalive this morning when you were looking for trouble”. I had to ask. Instalive? Today? Your cousin watched it? “Yes. Why would I be lying that she watched it?”

I asked again. You are sure your cousin was on my instalive or she watched an instalive video. This was where she killed me. “I even joined but was sorting out my kids so I exited”

So this post is for Auntie Kemi. The one with the power to join an instalive of 1 YEAR ago.

And just incase you are still lost, it was an instalive where I told some people to let the young ones be.. and stop harassing them Because they went to Oba for Obi Cubana’s mother’s burial.
I dey Taya for blogging and road side journalism these days”