The talented musicians signed to Nigeria’s YBNL Nation and America’s Empire released the project on Friday, August 5, 2022, as scheduled.

The 14-track ‘Playboy’ album by Fireboy features some of the finest musicians, like Chris Brown, Ed Sheeran, Rema, Euro, Asake, and Shenseea.

Fireboy had earlier confirmed in an interview with NME that the body of work is him embracing his superstar status, which he didn’t admit to for a long time, and that he is now devoted to luxury and pleasure.

WithinNigeria reported, the musician noted that the ‘Playboy’ album depicts him as a mature artiste who has moved from being a naïve lover boy to being a playboy who is no newer to women, fame, money, and success.

Fireboy said growth is the right word for ‘Playboy,’ in a chat with NME. He added, “I’ve moved from being this young, native lover boy to this [playboy].”

He continued, “in 2019, when I was that lover boy, I was new to my life experiences, experiences with women and new to fame, money, success—and this all showed in the music, naturally.”

“There was this kind of vulnerability in the music that people loved. Then 2020 came, and I had grown into being a superstar, into being a big guy, but I was still reclusive.”

‘Playboy’ is a follow-up to award-winning albums ‘Laughter, Tears & Goosebumps’ and ‘Apollo.’

Listen to the hedonist body of work below. 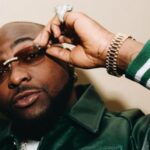 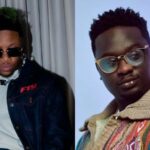 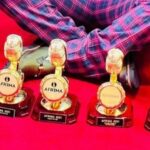