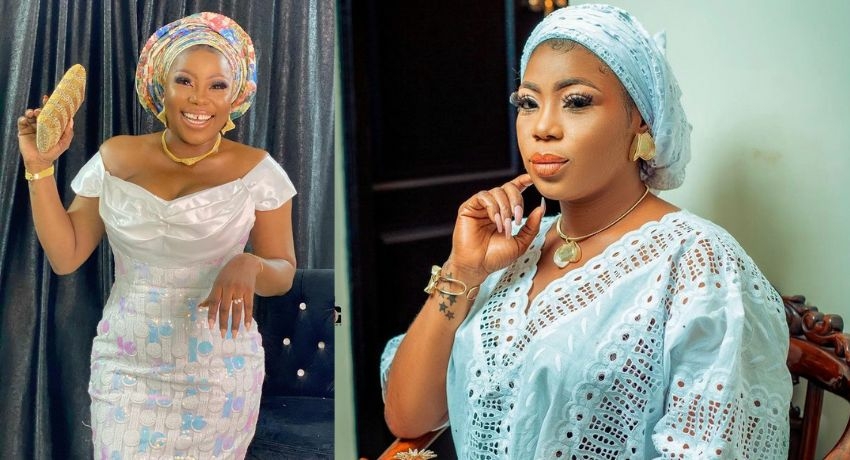 Warning them, she advised them to stop soiling other people’s names in other to make people think they are the best.

Kudy hurled curses at anyone who had told lies against her or defamed her character.

The actress opined that no one is perfect, but it’s not cool to say awful things behind someone’s back, only to pretend to be friends with such person. In her words:

“Stop turning people against each other, stop spoiling people’s name in other to make people think you are the best, stop smiling at people and say awful things behind them.

Everybody talks about each other, so nobody is a saint but telling lies about someone to another shows your mother raised a Dog. If you’ve ever lied about me or defamed my character in any way and made people hate me for no reason whatsoever, may you never know peace and may you never find favor!!!”.

“And na Dem go first greet you and be asking stupid questions “see anja ni”.Na ur way but trust me.one day will be one day for you yes you”.

A popular blogger has been dragging the Omega Fire Ministries’ General Overseer, Suleiman, while accusing him of sleeping with countless actresses such as: Mercy Johnson, Halima Abubakar, Shan George, Georgina Onuoha, Queen Okoye, Iyabo Ojo and so on.

Recently, Destiny Etiko was added to the list and she resorted to penning a short note on her page. In her words:

“It’s sad when they kick dirt on your name with the same shoes you gave them.”