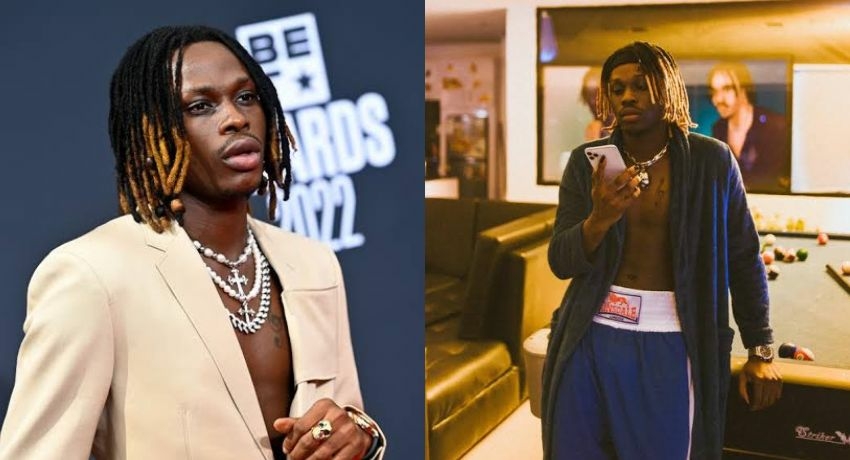 Award-winning singer, Adedamola Adefilahan professionally known as Fireboy DML, has opened up on some life changing situations in his life.

While speaking with media personality, Zeze Millz about how he got his start in music as a studio errand boy, the ‘Peru’ crooner disclosed that his father made him sign an undertaken.

As a “studio rat,” Fireboy claimed he was spending more time in the studio, which was affecting his academic performance.

He admitted that after some time, the industry leaders in music realised he could write, which is how he got his start writing songs for artists.

The YBNL signee said that he eventually informed his father that he wanted to stop schooling in his final year and move to Lagos.

According to him, it was surprising but his father did not object, rather he made him sign an undertaking to always obey him, and after two years, if he does not ‘blow’ (make it), then he would do whatever is asked of him.

Speaking about his dating life, Fireboy described his relationship status as chaotic. According to the singer, he just wants to have fun. Hence, over time, he has been tagged by his partners as “emotionally unavailable and toxic.” He said the major reason ladies tag him is because they end up falling in love instead of just having fun.

Fireboy also recounted the amazing excitement he felt the first time he touched fake boobs and bum in his entire life while he visited Miami, Florida, USA.

He also revealed how he was about to spend the last wad of cash on him after he felt so much excitement from his latest discovery, but was rescued by his crew members before he did the unthinkable. Watch interview below: