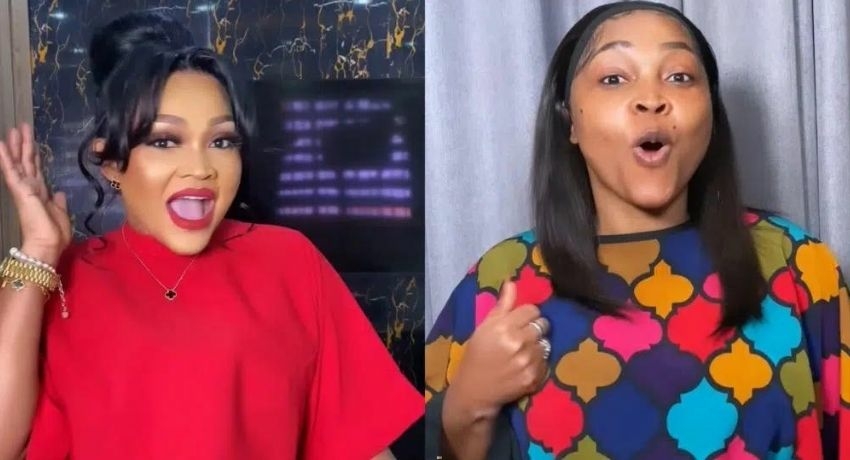 Actress Mercy Aigbe has said she needs a break from acting because she has been working ‘back to back’.

The 44-year-old said this in an Instagram post on Friday where she posted a throwback photo of herself and her husband Kazim Adeoti from their London trip.

Captioning the photo, Mercy Aigbe who recently took up her husband’s name wrote:

“Throwback Friday! Cc &kazimadeoti. Reminiscing on our London trip! After this back-to-back work! Omo, I need a break. Dubai ( if them go give me visa ) or the US???”

The actress and her husband embarked on a trip to London for the premiere of their movie J.B.O.

The mother of two, who recently finished filming a new movie produced by Eniola Ajao, posted photos of herself and King of Boys star Sola Sobowale on the set.

“Greetings from the remote village of gbudugbudu, away from civilization. Doing this with one of my absolute fave, my role model, my momma, Oba herself @solasobowale.”

Actress Juliana Olayode another cast of the forthcoming movie titled Ajakaju also shared a video of herself, Sola and Bimbo Akintola on set.

“Day eight on the set of Ajakaku with my favs. Learning so much and loving it here except that there is no network in Oyo State,” she wrote on Instagram.