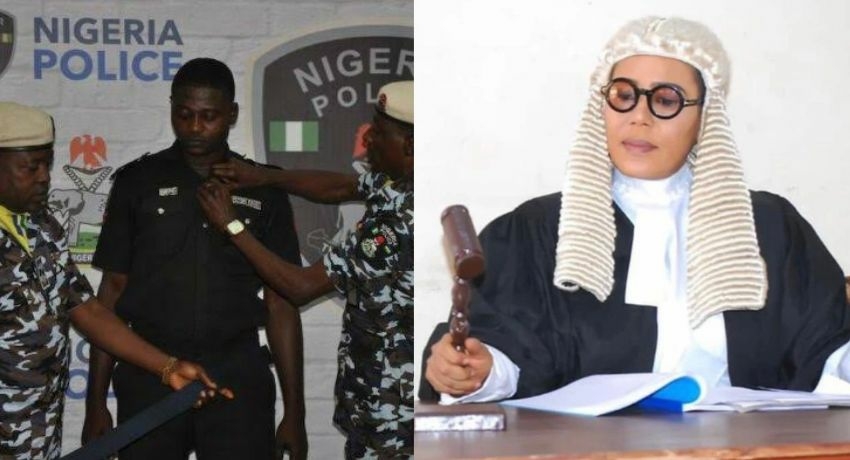 Actress Shan George has opined that police officers should not be dismissed from the force over misconduct.

According to Shan George the punishment for misconduct should be suspension, demotion or salary cut and not dismissal. She wrote:

“As long as they didn’t kill anyone, suspend them, demote them, cut down their salary, re orientate them but don’t dismiss them.”

This comes after the Nigerian Police Force dismissed a police officer for searching a commuter’s phone by the road side contrary to the directives of the Inspector-General of Police, Usman Alkali Baba.

Corporal Opeyemi Kadiri with No. 509745 attached to Dolphin Divisional Headquarters, Lagos Police Command was dismissed for gross misconduct, disobedience to lawful order, and assault on a member of the public captured in a viral video on August 3, 2022.

Moving on, popular writer and relationship coach, Solomon Buchi keeps trending for the wrong reasons on Twitter, especially since he got engaged to the love of his life, Arike.

Solomon Buchi was earlier bashed over a recent ‘love letter’, where he addressed his woman, Arike as not the most beautiful nor the most intelligent. The writer said he has however chosen to never find perfection in anyone else simply because perfection is non-existent.

The love letter saga came after he announced his engagement.

However, hours ago, Solomon Buchi made another tweet, advising men to stay away from broke women because they impede growth.

This tweet has spiraled into something else, with different tweeps dragging Solomon for being a broke guy himself and opening a GoFundMe account for his wedding.