I am about to do something deadly – Harrysong blows hot, calls out Ekiti politician over ‘abominable offense’ 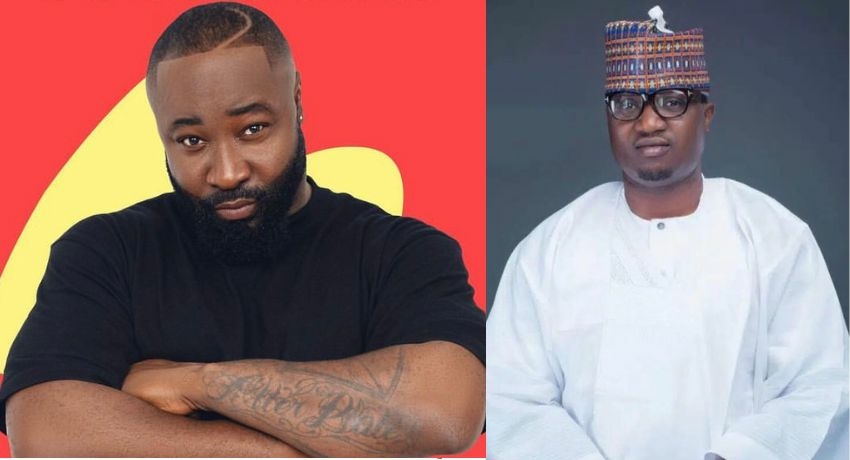 Sensational Nigerian singer, Harrison Okiri, professionally known as Harrysong, has blown hot, over what Ekiti politician and socialite, Akinola Davidson Kolawole did to him.

Harrysong said that the politician had perpetrated an unspeakable offense against him and the youths of the Niger Delta.

Harrysong who revealed his patience has fast run out, threatened to do something insane and dangerous.

He spilled the tea, explaining that he was attempting to recover project funds that had been given to the individual, whom he described as “wicked, haughty, and arrogant.”

In his subsequent post, he promised not to be courteous. He wrote:

“I am calling on the Ekiti state government, the youths of Ekiti state, plus the youths of Ondo state, to get on this very matter now as Mr Akinola Davidson Kolawole has committed an abominable offense against me and the youths of the Niger Delta, I’m about to do something crazy and deadly for my patience has ran out, trying to retrieve a project money payed to this wicked, proud and arrogant thief.

WITHIN NIGERIA recalls Harrysong, on the 20th of June, announced that he and his wife are expecting their second child together.

The excited father took to his Instagram page to share the good news, adding that he wanted the newborn to be a boy.

Sharing a video of the pregnancy scan results, the music star stated that he had to follow his wife to the hospital to confirm her pregnancy.

The 41-year-old, who carried his first daughter, Daviva, in his arms, added that he would name his second child Salem if it came out as a boy. He said:

“I had to follow to see and confirm for myself that it’s true, and yes it’s true. Baby number two on the way and with the blessings of Daviva.

“I pray this one is a boy, this time. His name will be called Salem!”

The ‘Reggae and Blues’ singer made headlines in March 2022 after he revealed a threat by a lady to release his sex video.

Harrysong wedded his sweetheart Alex Gopa on March 27, with his friend and ex-label mate Skiibii serving as his best man.

The couple welcomed their first child in December 2021.