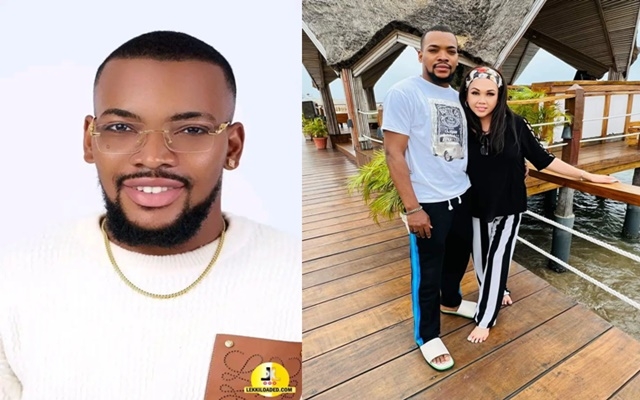 On August 11th, WithinNigeria reported that the child of Kess and his wife died. The incident was further confirmed through an official statement on his Instagram page, by his team.

The management revealed that though the loss devastated the family at the deepest level, his wife is in perfect condition as the miscarriage happened weeks ago.

The family decided now was the best time to announce the news.

“The past weeks has been most trying for the family of Adepkovu. We are saddened by his loss of Kess’s son through miscarriage but we are comforted by the well wishes and kind thoughts of friends around. Special regards to the wife for being strong and courageous through the whole experience. The family is devastated at the deepest level by the loss, but we want to reiterate that the wife is in perfect condition as it happened weeks ago, the family collectively decided now is the right time to announce the news. Kess is a strong character and would need our prayers right now as he continues his quest in the Big Brother show. The family asks for respectful consideration during this private time. Thank you”.

Speaking out, Angel revealed that her son died in her arms.

Describing the loss as traumatic, she stated that it isn’t an easy thing to go through.

However, she trusts in God and believes that there is a reason for everything, and as such, their child’s death was meant to be.

Angel also seized the opportunity to affirm her love for him and endorse her full support for him.

She confidently stated that her husband would win the money.

Revealing his plans for the money, she added that he would use it to build a house for his mother, take care of his family, and plan their future.

“Hi everybody, my name is Angel. I am Kess’s wife. I know that my husband will win the show; e no be joke. He will definitely help his mum build a home in Delta and his family as well as for our future. I love my husband is woto woto, our love strong pass storm.

Life isn’t easy for me; I support my husband with my full chest. You all know what happened to our child, and I will like to address that.

It is not very easy to talk about, but it is very traumatic. It is not a very easy thing to go through in life, no matter what life goes on, so we have to live in the best way we know how and trust God that there is a reason for everything. It was meant to be, and our child died in my arms”.

It can be recalled that Kess was the seventh Housemate to be unveiled at Big Brother Naija season seven edition.

A 28-year-old married man from Delta state, Kess said his wife gave him a hall pass, and he’s leaving everything behind.

Nigerians had also gone further to dig out the photo of Kess and his beautiful wife.

The highly anticipated seventh season of the reality TV show themed ‘level up’ premiered on July 23, 2022

This season’s housemates from different backgrounds will compete for the grand prize of N100M gifts for the next ten weeks.