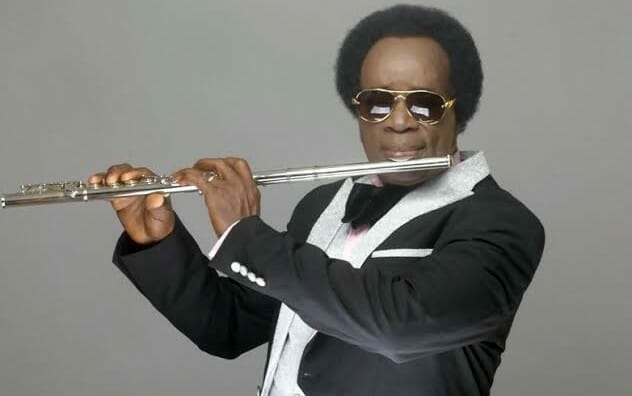 The Guitar Boy might be turning restlessly in his grave over some of the issues in his family, barely one year after his death.

Chris Eburu, manager of the late veteran musician Victor Uwaifo, has been charged to court over an alleged forgery of the latter’s will, the singer’s family announced.

The family made this known while distancing itself from alleged plans by Chris to raise funds for the one-year anniversary of the singer’s death.

Speaking to journalists in Benin, Edo State, the family members including the deceased’s eldest child, Ogbomwen Reden, his son Goodman Uwaifo also accused Chris of using a name linked to their father to deceive the public into participating in the program.

Mrs Reden alleged that the manager altered her late father’s will and brought in witnesses believed to be unknown to her father to sign as witnesses in the will. She said:

“The witnesses are not the kind of persons my late father would associate with. My father cannot have an unmarried woman sign his will. My father was a very hardworking man till he died and I will not allow anybody to reap what he has laboured for. I am fighting for my father’s legacy.”

Reacting to the accusations, Chris said the issue of forgery was a matter already before the court and he would not comment on it. Addressing the fundraiser allegation, he said Uwaifo’s Revelation Tourism Palazzo Centre is an association and does not need the approval of the children of the late singer before it could carry out any anniversary ceremony for its late member.

Chris also insisted that the consent of the family was asked before plans for the anniversary were carried out.

He was buried on October 15, in his palatial residence at Victor Uwaifo Avenue off College/Ekenwan Road, Benin, Edo State.