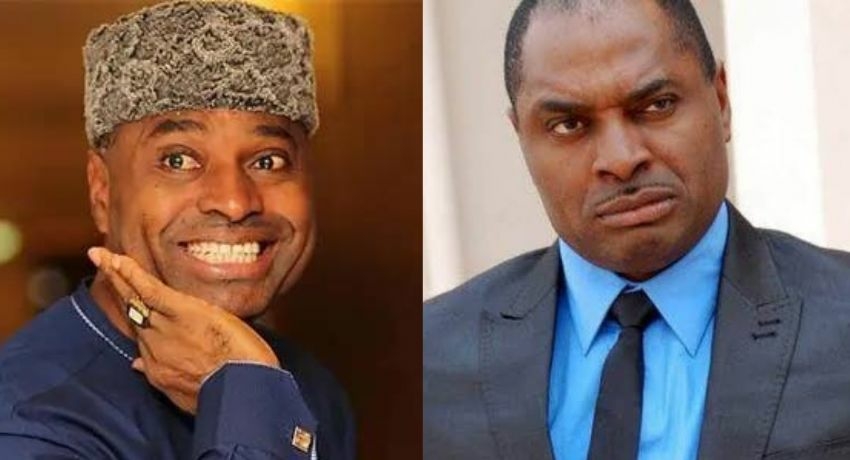 About a month after veteran Nollywood actor, Kenneth Okonkwo resigned his membership from the All Progressives Congress (APC) over the Muslim-Muslim ticket matter, he has dropped some relationship tips for his followers.

According to the father-of-one, there’s no relationship devoid of flaws. He stated that it’s also unnecessary to threaten one’s partner with a breakup unless you really mean it.

“No matter how upset you are, don’t threaten your partner with a break up unless you mean it.
Focus your anger on what they’ve done without bringing up the threat of a break up. No relationship is without its ups and downs. Don’t let anyone deceive you. You will quarrel and you will fight.

You will have sad days; you will disagree some days and not find a common ground over some issues. Compromises don’t always happen.

These are normal things in a healthy relationship.
The key to a lasting relationship is being with someone you can actually communicate your feelings to and have a solutions-based approach towards conversations; someone who doesn’t just communicates, but reciprocates the energy you give to them.

Someone who always bares their mind and accumulate pent-up anger. Someone who forgives easily and reverts to their default factory mode of playing and laughing. This is the key.”

Recall that Kenneth Okonkwo had earlier resigned his membership from the APC.

In a press statement released on the movie star’s official Instagram page on Monday, July 11, 2022, he cited the decision of the ruling party to field a Muslim-Muslim presidential candidate for the 2023 elections as a major reason for his resignation.

“If Muslims could voluntarily vote for southern presidents it is then a fallacy to insinuate that they cannot accept a northern Christian vice president,” part of the statement read.

“This will permanently destroy the political viability of Northern Christians in Nigeria if allowed to stand. This is in the addition to the failure to protect lives and properties of Nigerians which should be their primary responsibility. The country is also in shatters.”

Kenneth Okonkwo in an interview on Arise TV, Okonkwo stated that anyone telling Nigerians that Northern Muslims won’t vote for Christians is making a false statement.