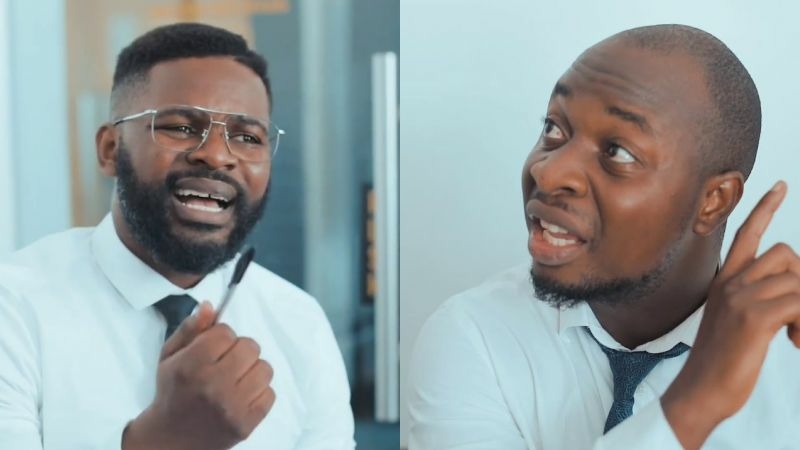 Social media comedian MC Lively, real name Michael Sani Amanesi, appreciates rapper Falz the Bahd Guy for being a source of inspiration to him to dump law for comedy when he was struggling with real-life challenges.

The comic actor disclosed he studied law at the university and was very successful at it, however, he became frustrated because his interest lies in comedy, not to become a practicing lawyer, a profession which didn’t fetch him money.

MC Lively told Chude Jideonwo in an interview that he was offered N5,000 monthly as a Corper while recounting the challenges he faced as a corps member to get a place of primary assignment (PPA) placement.

He said, “I love law so much, and I excelled at it. But there’s such a struggle between what one does in school, and what obtains in real life.

“I mean, how do I go to law school and spend such huge amounts of money, and straight out of Law School, I’m being offered N5,000 per month? And before I even got that particular one, I had gone to 3 or 4 different chambers. Now, imagine what I would have to go through when I want to get an actual job.

“It was such a huge problem when I was in law school, telling people that I wanted to be a comedian. People would always ask why I spent 5 years, including law school, just to end up as a comedian.

“Most times, when you want to do something, it’s always easier when there’s someone who has done that same thing. And I’m usually like Falz the Bahd Guy also he studied Law too. I just want to say, Thank you, boss; that’s one of my greatest inspirations and mentors.”