Actress Damilola Adegbite recounts a terrible encounter with some robbers in London.

Just like Toke Makinwa, Damilola revealed that she was almost left stranded in London weeks back.

Narrating the incident, she revealed that her phone, and money for her trip were stolen from her in a second. The MET police also had to get involved as the scenario was like a movie.

She disclosed that she got an alert from Apple, informing her that her phone is in China.

“Regardless of where you are or where you plan to go, the most important thing is for God to be with you. My handbag was stolen some weeks ago in London. My phone and all my money for the trip gone in a second, literally. MET police had to get involved. It was like a movie. Thank God for a helper. I would have been stranded in a foreign land. The world has changed guys. It’s not the destination, it’s about where we will flourish, prosper and be happiest! 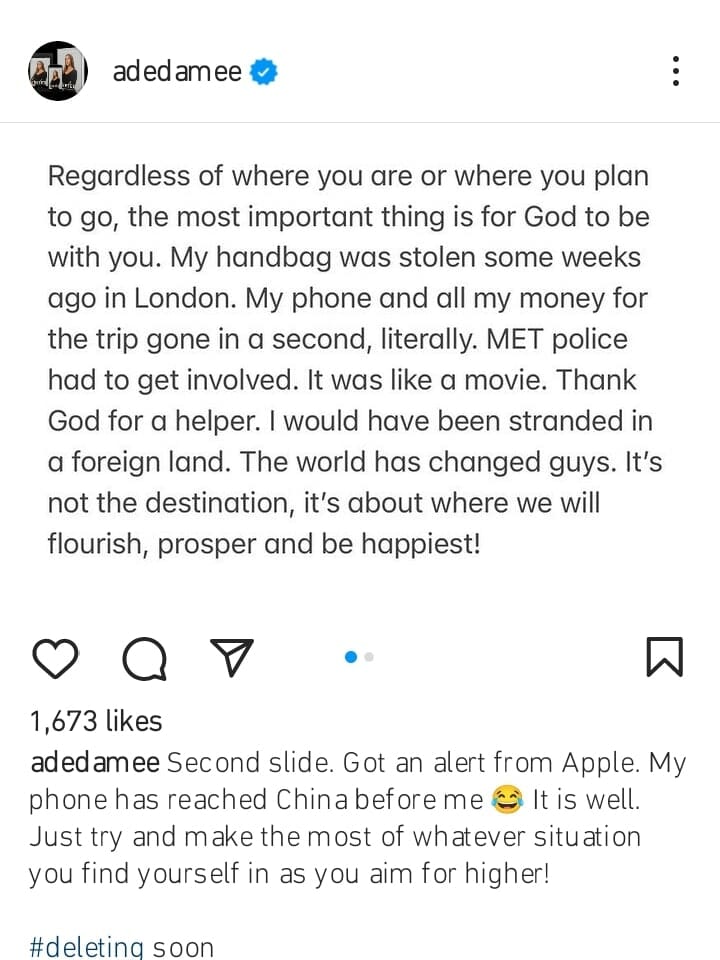