Pheelz, a Nigerian artiste and music producer, continues his ambition to become a renowned musician in the American market with his new remix of ‘Finesse,’ which features French Montana.

The music video, which emphasises the song’s beauty and the affection listeners feel for it, has French Montana on the centre stage vibing and chilling with lovely ladies who are also breathtaking.

Pheelz and French Montana were captured eating sumptuous meals at a restaurant shortly after the scenes of them having a swell time partying. Later, they headed to the dance floor to burn off some calories consumed from their lunch.

The video, directed by Rook, captured the tone of the lyrics, even with French Montana adding his engaging lines to spice up the tune.

French goes hard with his words, spitting, “If you broke gotta mind your business/ Haters in the crib like Ray J with the noodles/ Fit a self-made boss gotta make myself a toast/ Out of everyone I lost I miss myself the most/ Surely feel blessed.” Adding that “I do it out of love, pay me back with loyalty.”

According to acclaimed entertainment journalist and editor Adeyinka Oluwamayowa, the song topped many music charts in the country after the release of the official version and was the most Shazamed song as of March 8, 2022.

Pheelz also released an East African remix of the prosperous song in July 2022, with Rayvanny from Tanzania and Theecember from Burundi as guest artists.

French Montana is not a newbie to the Nigerian audience. In 2013, he collaborated with hip-hop/rap artist Ice Prince on a song called ‘I Swear,’ which appeared on his fourth studio album, ‘Fire of Zamani.’ Chopstix produced the song, and J R Saint directed the music video.

Watch the video for ‘Finesse’ remix by Pheelz featuring French Montana below. 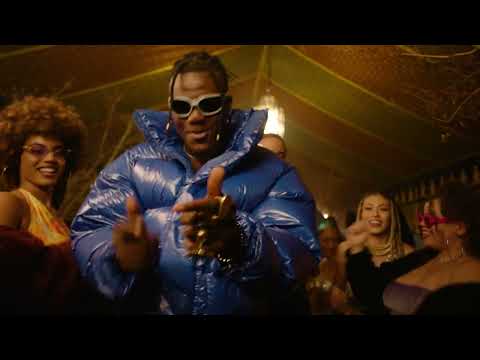