His family has released the funeral arrangements for late gospel singer Sammie Okposo.

WITHIN NIGERIA previously reported that Nigerian gospel singers and fans were mourning after Sammie’s death in the early hours of Friday, November 25, 2022, at 51.

According to the funeral plans, a farewell praise party will be held on December 13, 2022, followed by a song service.

Sammie will be buried on Thursday, December 15, at a private interment by invitation only. 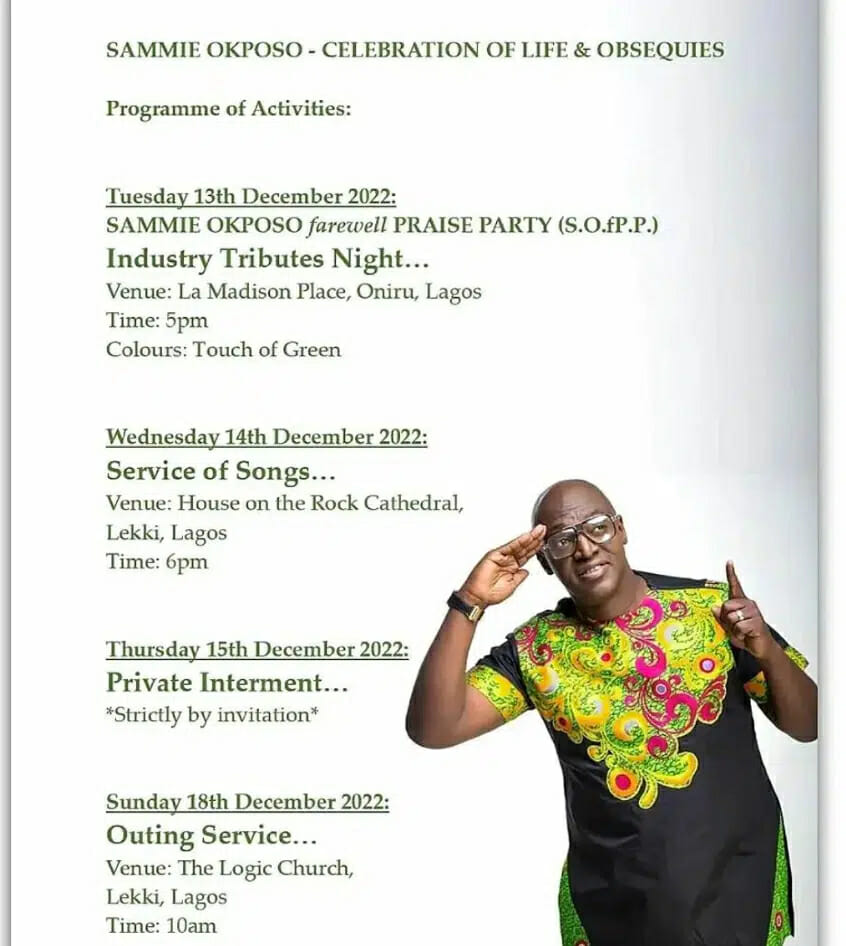 Meanwhile, the organizers of the Best of Nollywood (BON) Awards have renamed the best Soundtrack in the movie category after the late ‘Wellu Wellu’ singer, who was described as a general in God’s army and took the gospel beyond the church in his lifetime.

The organizers made the last-minute change to ensure that the 2022 edition, which will take place on Saturday, December 3, in Owerri, Imo State, is truly memorable.

Sammie Okposo in his lifetime was a force, and he did a lot for the growth of gospel music in Nigeria and beyond. We are not a music award, but we feel the need to honour him in some way. This was what inspired us to rename the best soundtrack category after him. His loss will be felt, but all this is just a way to immortalize him BON Award founder, Seun Ololetuyi noted.